Salman Khan has played various roles in 28 years of his career. And now he adds another feather in his cap as he plays an astronaut in the promo of Bigg Boss 10. The superstar looks damn good and by the look and his style, the promo really seems to be something to watch out for! However, this is one of the many looks in the promos leading up to the show. The space suit is the creation of designer Ashley Rebello.

The contestants of Bigg Boss 10 will be commoners and they were shortlisted immediately after Bigg Boss 9 ended. However, celebrities too will be a part of it. As always, the Bigg Boss house will be in Lonavala. Next to the set, the team is erecting a chalet-style lodge for Salman despite the fact that the superstar will be shooting for the reality only on Saturdays. The chalet will have a verandah and a gym, both of which are must-haves when it comes to Salman. He has also insisted on a designated enclosure for his dogs, though he has never brought them to the sets. There’s a kitchen but he hasn’t asked for a cook since his mother sends him a dabba when he’s out.

Meanwhile, Salman is reportedly leaving for Manali next week for a marathon schedule of his next film Tubelight that will release in Eid 2017. Tubelight shoot will go on till January and in between, the superstar is expected to take out time for Bigg Boss 10. 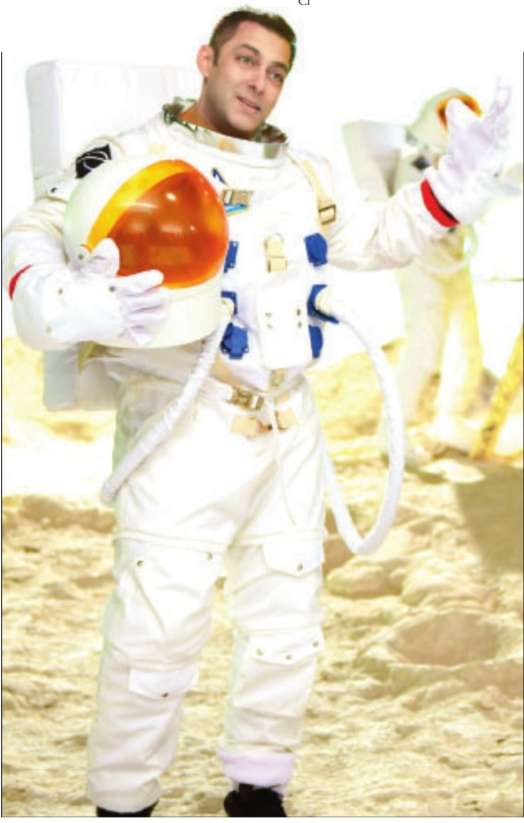