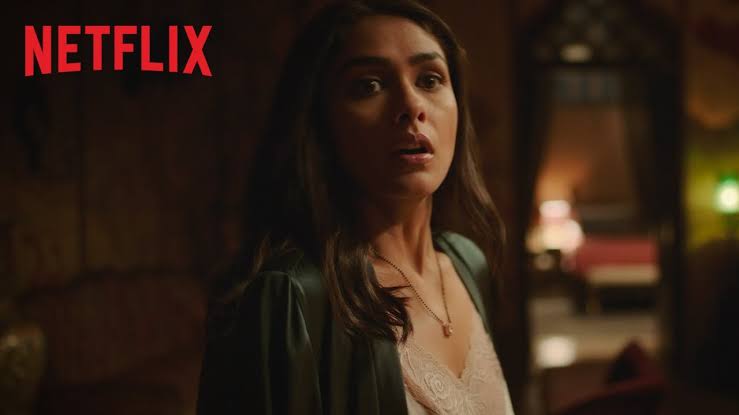 Ghost Stories is a one-time watch though looking at the scale, cast and directors, this anthology film could have gone anywhere.

1. Zoya Akhtar’s story begins on a rocking note and grips you entirely. The setting is eerie and hence correct for the impact. It gets a bit long but you don’t mind. The finale is average and lacks punch. It also brings up a lot of questions, one of them being – was the horror quotient in the end just for the heck of it? The performances, however, save the day to an extent. Janhvi Kapoor is terrific and gets the accent and the body language right. Surekha Sikri is quite scary from the first frame and it’s commendable she played this part at this age. Vijay Verma as always is dependable.

2. Anurag Kashyap’s story emerges as the weakest of all. The film moves painfully slow and the scares are just not there. The narrative is also quite confusing and it takes a while to get a hang of what the makers are trying to convey. Even then, I don’t really think I got their point fully. Sobhita Dhulipala is excellent as always. Sachary Braz, Pavail Gulati and Sagar Arya are fine.

3. Dibakar Banerjee’s track is the best of all and the scariest, in comparison to the other 3. It has a great plot and the final scene is when it’s all unravelled beautifully. However, it could have been a bit more simplistic. Sukant Goel gets to play a superb character and he makes it memorable. Gulshan Devaiah too plays a part which is to be seen to be believed. A yet another fine and challenging performance from this performer! Child actors Aditya Shetty and Eva Ameet Pardeshi also do very well.

4. Karan Johar’s story is the last one and it’s strictly average. The jumpscares were predictable and dated. The executive keeps one gripped but story-wise, it’s not that exciting. The finale tries to be scary but doesn’t really work well. Mrunal Thakur proves she’s a fine performer. Avinash Tiwary goes all out and yet, remains subtle as required. Heeba Shah’s frightening expressions add to the impact.