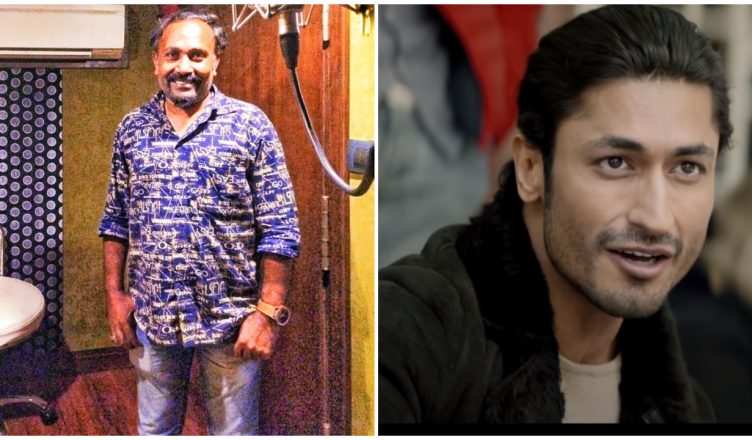 The 2019 flick Commando 3 is today remembered not just for it’s action and performances of Vidyut Jammwal and Gulshan Devaiah, but also for the song ‘Akhiyaan Milavanga’. Not many are aware that this Mannan Shaah composition was penned by Sahil Sultanpuri. We got a chance to catch up with the 54-year-old lyricist and speak to him about the response to the Commando 3 track and also collaborating with Asha Bhosle. He also made some interesting observations on the trend of remixes and the nepotism row.

What kind of feedback did you get for ‘Akhiyaan Milavanga’?

The feedback was tremendous and the song had a wide reach. And we all know how nasty people can get in the comments section on YouTube. If they don’t like a song or a promo, they criticize openly. But surprisingly, I didn’t see a single negative comment for the song! It’s a proud feeling to get so much love from the aam junta.

‘Akhiyaan Milavanga’ was composed by Mannan Shaah. Tell us about your experience of working with him…

This is the first time I worked with Mannan bhai although we had spoken in the past. Our music sittings were amazing and it was a truly novel experience. When you begin to work with an established music composer who has several hits under his belt, you might wonder ki naa jaane yeh kaisa aadmi hoga. You wonder if you’ll able to match that person’s wavelength and understand his or her style of working. But the way he works, communicates, explains the tune etc was class apart and very heartening. He’s a singer as well and hence, he was able to nicely sing the tune and that helped me in memorizing the flow of the track.

And the era then was of Hindi songs peppered with Punjabi lyrics, and that trend continues even today. So he had asked to put some Punjabi words as he was sure that it’ll give a nice touch to the song. I was more than happy to do so. So yes, overall, the experience of working with him was great. Aise talented logon ko definitely aur oopar aana chahiye. This is what I strongly feel.

‘Akhiyaan Milavanga’ was picturized on Vidyut Jammwal and it was good to see an action hero like him getting into the romance zone in the song! How was your experience meeting with him? What did he have to say about the song?

I had met him for the first time at a function. This was when Commando 3 was on floors, as far as I remember. As there were too many people present, we couldn’t talk much but he did tell me that he liked the song. Later, we met properly at the success party of the film. He told me that, “Gaane ka response bahut accha raha, Sahil. Aapne bahut achchi tarike se gaana likha hai. Waise toh maine bahut saare gaane kiye hai. Lekin lip sync gaana karne ka mazaa hi alag hai”. I was obviously very happy that a star like Vidyut came forward and appreciated my work. He also added, “Kabhi kabhi gaanon ke jo shabd hai, woh dil mein utar jaate hai aur woh shabd aapse acting karwa lete hai!” Funnily, I didn’t understand as he said all this in English aur meri angrezi itni achchi nahi hai.

I went through your filmography and realized that you also wrote a song in Mai, which starred Asha Bhosle as an actor. Tell us about your experience of working with her…

Before Mai, I had written a single that was sung by Asha Bhosle along with Bathiya & Santhush. They are very famous artists from Sri Lanka. While working on the song, I had met Asha ji at her house, Prabhu Kunj, in Mumbai. I sat there for a long time and it was an honour when she explained the tune to me. I still have the recording of our music sitting that we did that day! She has years of experience of singing and communicating with people. These factors coupled with her positivity make her one of the greatest singers ever in the world. Once you work with her, you feel like you have achieved a PhD! I felt like sitting in front of a music institution. The way I felt with her, I had never felt like that way before.

Interestingly, the song that I wrote in Mai, ‘Dhakku Makum’, is sung by Zanai Bhosle, her granddaughter. It was her first song and I feel deeply honoured that I am the one who wrote Zanai Bhosle’s first ever song. Penning this song was a challenge. After all, it was about a kid singing a song. And Asha ji was supposed to dance in the film on this song. So I used the popular line in Maharashtra, ‘Yere Yere Pausa’, and then wrote an original song.

A lot of remixes are being churned out today. It reduces the work offered to lyricists as most of the times, the original lyrics are retained. What are your views on this trend?

A music company has all the right to remix and recreate the song but in the process, creativity suffers to an extent. It’s not like the composers are using the same lyrics as it was in the original. The trend nowadays is to change some words here and there but the original hook line is retained. Nevertheless, if the original song writers were able to think of such terrific hook lines, I feel that even the current lyricists can do so. Kya hum aise hook line nahi likh sate? The fact that we don’t have confidence on our lyricists is disappointing. I don’t want to compare myself with the lyrcisits of that era. They are our seniors and their contribution is invaluable. But somewhere, we can at least make an effort to write equally good compositions, if not better. Similarly, we should at least also try to maintain the golden era, if we can’t create another golden era. Lekin remix karke hum bewajah uss golden era ko kharab kyun kar rahe hai?

The nepotism debate never dies down, more so after the untimely demise of Sushant Singh Rajput. As an outsider, what is your opinion on this row and do you feel you were at a disadvantage because you didn’t belong to a film family?

Well, in our industry, outsiders do get chances. The ones who are established today were also outsiders at one point. If you have earned name and fame and lot of wealth, it is obvious that you would pass it on to your offspring. So if someone is trying to promote his/her child, it’s his right and there’s nothing wrong in that. What is wrong, however, is trying to cut off chances of a genuinely talented person. Outsiders have no authority to cry foul over this practise. They would have done the same if they were born in a star family. And let’s not forget that talent is an important criteria and that’s what contributes to success.

And there are so many lyricists today like Manoj Muntashir, Kumaar, etc who are all outsiders. One can say that they became big as they got the support of bigger films and artists. But then, they got that support in the first place, despite the fact that they are not from the industry. Hence, the whole nepotism debate doesn’t hold water.