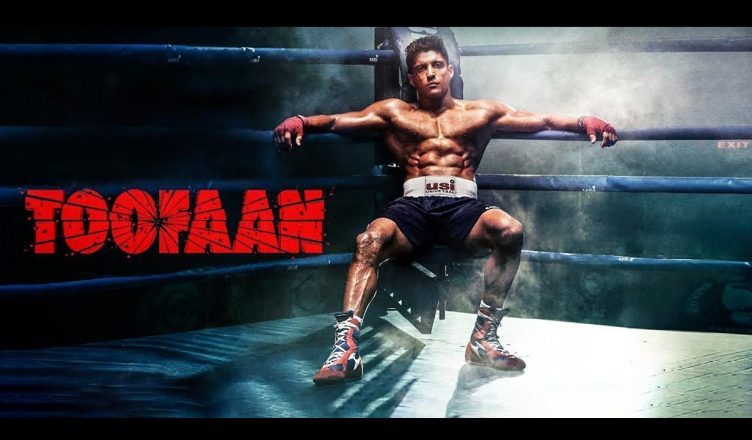 IS THE DECISION TO POSTPONE TOOFAAN JUSTIFIED?

The second wave of the Coronavirus refuses to die down. Although the growth rate has reduced, the daily caseload still crosses the 3 lakh mark daily. Twice it even went past the 4 lakh mark. It’s now very common to hear of hospitals facing a shortage of beds and oxygen. Thankfully, the cases are gradually decreasing in most of Maharashtra and even the city of Delhi but for the rest of the country, it’ll be a while until cases peak and then reduce.

In such a scenario, most cinema halls are shut in the country. Yet again, films are taking the OTT route. The movies which were meant for theatrical releases have obviously been postponed. But now for the first time, a digital film has also decided to be pushed ahead. And the reason is the second wave of Covid-19! The film in question is Toofaan. It stars Farhan Akhtar, Mrunal Thakur and Paresh Rawal and is directed by Rakeysh Omprakash Mehra. It was all set to release on Amazon Prime on May 21.

But on Monday, actor and producer of Toofaan, Farhan Akhtar, announced that keeping in mind the severity of the situation, their focus is completely on the pandemic, supporting the employees working for his production house and also in supporting the wider community. Hence, he and his team decided to postpone Toofaan’s release until the situation improves.

This decision has left many divided. A section of the audience applauded him for taking this brave step. They argue that right now, the mood is gloomy all over. Films are the last thing in people’s minds. As a result, it’s only fair that Farhan Akhtar and the makers decided to postpone the release.

But then there are many who couldn’t digest the development. They reason that in times of despair, it is films, TV shows and web series that are providing some respite. How long can one watch updates on news channels about Covid-19? Moreover, the shows and films which were released recently on Amazon Prime and on other platforms got a good viewership. Toofaan would have been watched more widely due to Farhan’s presence.

After the shoots were stopped in Mumbai, the producers of TV serials have shifted base to places like Gujarat, Dadra Nagar Haveli, Goa etc. and are churning out episodes from there. And nobody has raised objection to it because even entertainment is necessary. Even the IPL was happening until recently and again, it was getting a fine response. Hence, this section of netizens are unhappy about Toofaan’s postponement.

Thankfully for this lot, there’s still a reason to cheer. Salman Khan’s much awaited film Radhe releases next Thursday, on May 13, in select cinemas and on ZeePlex. 5 days later, Arjun Kapoor-starrer Sardar Ka Grandson will premiere on Netflix, on May 18.