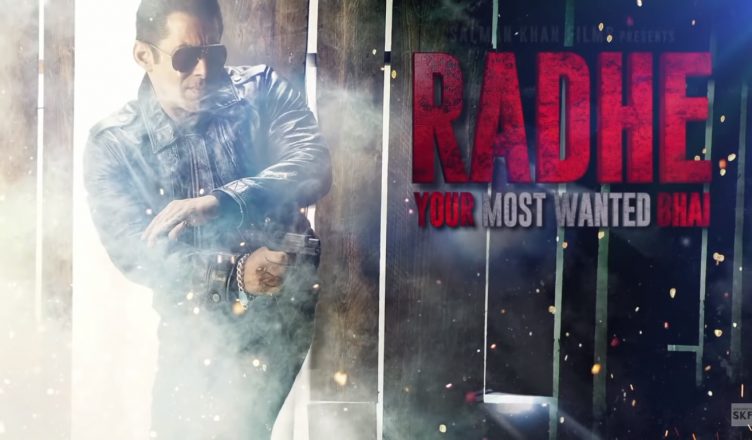 WILL RADHE EMERGE AS A COMMERCIAL SUCCESS DESPITE THE CHALLENGES?

The festival of Ramzan Eid will be celebrated tomorrow, that is, May 13. Every year, this is a day when Salman Khan comes up with a grand release. But last year, he couldn’t do so as the country was battling the first wave of Coronavirus. As cinemas opened gradually from October 2020, it soon became clear that the superstar would now release Radhe a year later, on Eid 2021. In January this year, he made it clear that he’s committed to bringing Radhe in cinemas on the holy festival. It led to a lot of cheer as it was the time when the cases of Coronavirus were steadily declining. In fact, in February, the producers of many biggies announced that they’ll bring the film to cinemas. The decision was taken after the Central government allowed 100% occupancy in cinemas.

Sadly, the cases began to rise in the second half of February. By March-end, it became clear that the cases would reduce anytime soon. Soon, all the major films scheduled for release in April and May were indefinitely postponed. Except Radhe! Everyone expected that there’s no way the film would make it on Eid. After all, cinemas were shut or were about to get shut in major centres. Yet, on April 20, the makers shocked everyone as it announced that Radhe would indeed release on Eid. But it’ll be a hybrid release. It means that it’ll release wherever cinemas are open and at the same time, it will also be accessible on ZeePlex, a pay-per-view platform.

Then on April 22, the makers released the trailer of the film. Soon, all 4 songs of the film were also unveiled. The promo and songs have got a mixed response. A section of viewers enjoyed the trailer. They felt that it seems to be a fun, massy entertainer with a nice social message on drug abuse. On the flipside, some viewers panned the trailer and the content of the film. They complained that it’s old wine in a new bottle and dubbed it as a poor copy of Salman’s much loved 2009 film, Wanted. Incidentally, Wanted’s director Prabhudheva has directed Radhe. Besides Salman, it also stars Disha Patani, Randeep Hooda and Jackie Shroff.

With theatres shut in most parts of the country, Radhe was expected to have a release in not more than 50 or 80 screens. The multiplex chains refused to screen the film as it was releasing simultaneously on digital. In such a scenario, it’s domestic box office was anyway expected to be nothing much. However, all eyes were on the business in Hyderabad. Located in Telangana, this was the only major centre where theatres were allowed to function. The advance booking also seemed promising and a fine opening was expected here. Sadly, yesterday, Telangana announced that the state will go under a lockdown from May 12 to May 21. It dealt a huge blow to Radhe’s domestic theatrical release plans. The film will now release in a handful of cinemas in Tripura and Assam.

The question now arises – will Radhe be able to make a profit? Zee Studios had acquired the film for Rs. 230 crore and later, they reduced the price to Rs. 190 crore as domestic box office would be negligible. It now remains to be seen if viewers would spend Rs. 249 to see the film on ZeePlex. Many have reasoned that it’s unlikely that most viewers would shell out the amount to watch the film. Contrary to perception, the masses and many in the smaller towns are still not averse to the idea of paying a certain amount to watch content online. And this is the target audience for the film. Hence, it is believed that many would see the film on pirated print. And that would mean that Zee would not be able to break even through ZeePlex release. Even ZeePlex’s first film Khaali Peeli didn’t get the desired response.

On the other hand, a section of trade and experts feel that Radhe would get record streams. They believe that there will be many in the urban areas who won’t mind paying to watch Radhe. Also, it’s Eid time and it’s a time when people are in a mood to spend. Had Radhe released in cinemas, they would have gone to see the film. A family of 4 would have paid Rs. 1000 just for the ticket, assuming each ticket costs Rs. 250. With ZeePlex, people can enjoy the film in the comfort of their homes at 1/4th the cost. Khaali Peeli looked unexciting and hence, it’s not a surprise that most people didn’t pay to watch it. But Radhe is a film starring a superstar. He has a loyal following and for him, viewers will empty their pockets is the argument.

However, everyone is on the same page when it comes to Radhe’s overseas box office. The film will have a 750 screen release in international territories, including a 350 screen release in UAE and Gulf countries. And here, the film is expected to score big time. Eid is a major festival in this belt and Salman Khan’s films always work big time here. It’s also the first big Hindi film to release in almost 13 months. Even in the USA, UK and Australia-New Zealand, Radhe will manage to record good occupancy. How successful will it be or and whether this hybrid experiment succeeds remains to be seen.