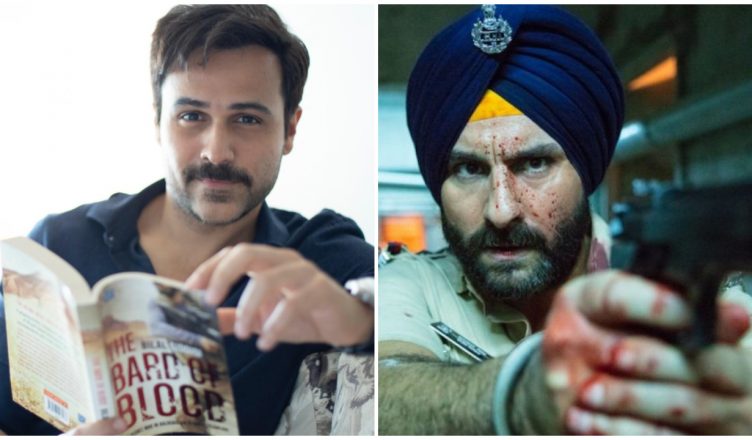 Bollywood is quite ruthless or some would say, practical. An actor’s box office track record plays a very important role in determining if the actor will survive in the rat race or fade into oblivion. Several actors, who were once ruling or were ‘the next big thing’ have stopped getting work after giving back to back flops. A few of them are still securing films for ‘nepotism’ reasons or for having solid connections. But an actor who stands out in this regard is definitely Emraan Hashmi.

The actor started out in a big way. He is credited as the pioneer of making sex and kissing scenes mainstream in Bollywood. Earlier, it was only B-grade films that would mostly deal with skin show. However, with his second film Murder, it all changed. It was a fully A-grade film and yet had some scintillating lovemaking sequences, with co-actor Mallika Sherawat. The fact that it had super-hit music also helped in getting audiences to cinemas in large numbers. Not just frontbenchers but all sections of society gave the film thumbs up. As a result, the film that was made on a shoestring budget earned almost five times its investment. It made it clear that audiences are ready for bold content and thus began the trend of A-grade actors and actresses shedding their clothes and inhibitions on screen.

As for Emraan Hashmi, he repeated his act in many other films. He mostly played morally wrong, twisted, rebellious character that has a way with women. As a result, the masses whole-heartedly accepted him with open arms! I remember watching Baadshaho two years back on the first day at Mumbai’s premiere single screen complex, Gaiety-Galaxy. Emraan himself came there during the intermission and the way the crowd went berserk was seen to be believed! It was as if an actor of Salman Khan’s stardom was present in the auditorium! And Emraan enjoyed this popularity even when his films were failing.

The initial phase of his career was more or less fine. There came a point in 2006-07 when lot of his films flopped. But with the super-success of Jannat in 2008, his career got a new lease of life. He then followed it up with more hit films like Raaz: The Mystery Continues, Once Upon A Time In Mumbaai, Murder 2, The Dirty Picture and Jannat 2. With Raaz 3 in 2012, he reached the pinnacle of success and everyone thought sky would be the limit for him. Alas, the opposite happened. After Raaz 3, he acted in 11 films out of which only Ek Thi Daayan was an average grosser. The rest of the 10 films were all flops! Some of the films were not masala, which is his forte, and he tried his hands in experimental cinema. Then there were two films – Rush and Ungli – that were delayed. But the rest of the films like Raja Natwarlal, Raaz Reboot, Azhar, Mr X, Baadshaho etc were all conventional, mainstream films. But none of these films had a well-written script. Even the music score, once his forte, in these films wasn’t up to the mark. His last film released recently, Why Cheat India. It was an important film for him as he had turned producer. Unfortunately, the film never opened well due to lack of buzz. Public reaction was negative due to which it couldn’t even cross Rs. 10 crore!

Despite such failures, Emraan Hashmi is not yet out and is going nowhere. He has an important film in his kitty, The Body. It is the remake of the Spanish film of the same name and is directed by Jeethu Joseph, who directed the original Drishyam. Besides Emraan, it also stars Rishi Kapoor and Sobhita Dhulipala, the latter who is making waves at presence thanks to her web show Made In Heaven. Recently, another remake of a Spanish thriller Badla did roaring business at the box office and it remains to be seen if The Body also gets similar kind of success. And post the debacle of Why Cheat India, Emraan was signed on for another exciting film, titled Barf. It co-stars none other than mega star Amitabh Bachchan. This is a courtroom drama and it also features Annu Kapoor and Saurabh Shukla.

And that’s not all. Emraan Hashmi is also simultaneously working on the Netflix show, Bard Of Blood. It is adapted from a book of the same name and is backed by Shah Rukh Khan’s Red Chillies Entertainment. It will be aired this year and is expected to be a rage, on the lines of last year’s Sacred Games. This web series starred Saif Ali Khan who surprisingly also had a similar journey like Emraan Hashmi. Even his films didn’t work back to back and finally he tasted success on the OTT platform. At the same time, his film Baazaar was his rare success after ages. It remains to be seen if Emraan also has a similar trajectory. He is a fine performer and as a person, he has been no-nonsense and non-controversial. As he turns 40 today, we give him our best wishes and here’s hoping he continues to get work and that he continues to entertain us!

One thought on “Happy 40th birthday Emraan Hashmi: He is down but not out; all set to follow Saif Ali Khan and storm the web series space!”