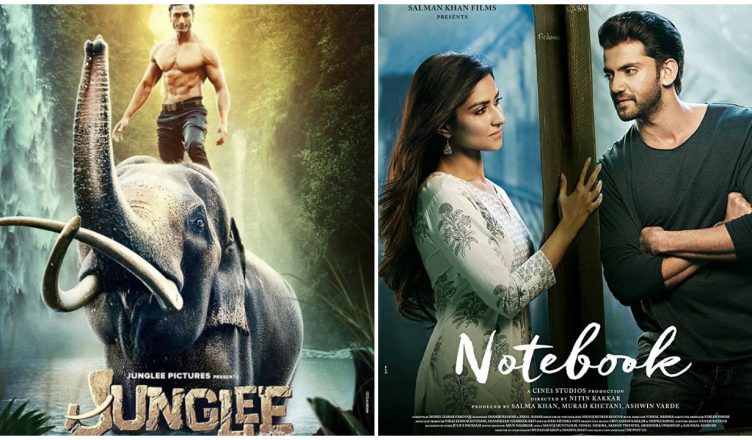 A sort of dry period has once again descended upon Bollywood. Next 3 weeks will see the release of not-so-exciting films, though a few of them might surprise. Tomorrow, two movies will hit screens with one of them expected to strike gold despite lack of buzz. My analysis:

JUNGLEE: It stars Vidyut Jammwal and is directed by none other than Chuck Russell. In fact, it’s a rare Hindi film made by a Hollywood director and this phenomenon is probably unheard of. It’s also a rare film in today’s times involving elephants. From the trailers, it looks great and can touch viewers emotionally. At the same time, the action and grandeur with regards to the elephants can make for a great watch on the big screen. Vidyut might not be that huge but his stunts are definitely noticed and with this film, he can finally give a commercial hit. Sadly, the buzz is very limited. Still, the masses can come for this film on the first day and opening can be around Rs. 2.5-3 crore. If word of mouth is positive, families and kids can flock in large numbers.

NOTEBOOK: It is produced by Salman Khan and directed by Filmistaan and Mitron director Nitin Kakkar. The film launches two new faces – Zaheer Iqbal and Mohnish Bahl’s daughter Pranutan. The trailer is lovely and the backdrop of Kashmir has given the film a fine touch. Music has got noticed though it hasn’t become a chartbuster. Also, the film looks quite a serious fare. The masses, hence, might not turn up in huge numbers. The opening of the film will be around Rs. 1.5-2 crore. It has to be really great to become commercially successful.