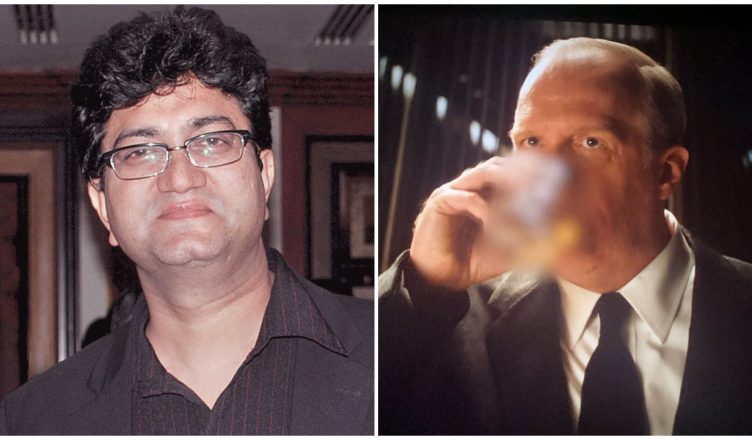 The Central Board of Film Certification (CBFC) has been a favourite punching bag for viewers and media ever since it became ‘too Sanskari’ from 2015 onwards. It was a time when Pahlaj Nihalani took over as the Chairperson and he introduced several changes, which made the whole process very regressive. Words like ‘lesbian’ were censored while kissing scenes were chopped off by few seconds. The heights were reached during the time of 2016 release Udta Punjab. Here, some 89 changes were proposed, including deletion of the word ‘Punjab’ and names of several cities! A huge section of film industry, media and moviegoers come together collectively to voice their protest.

More than a year after Udta Punjab’s release (with just a cut or two thankfully, courtesy the Bombay High Court), Pahlaj Nihalani was asked to step down. He was replaced by adman-lyricist Prasoon Joshi. He was seen as a much progressive and sensible person and the hope was that now these outdated ways of censoring will keep to an end once and for all. Sadly, that didn’t happen. The censoring continued, but probably in a much lesser scale than in Pahlaj Nihalani era.

Some of the cuts were extreme and it rightfully made it to the news. Last year, viewers were shocked when the Hollywood film Hereditary was mercilessly butchered, despite the ‘A’ certificate. A crucial climax scene had nudity and it was cut in such a way that moviegoers couldn’t comprehend what’s going on. Another adults-only Hollywood film that faced many cuts was John Wick: Chapter 3 – Parabellum. It’s a gory action film and the scenes of violence and blood and also abuses got edited out. This film released on May 17, 2019 and the same day the romcom De De Pyaar De also hit theatres. In a bizarre move, a scene featuring Rakul Preet Singh drinking in a wedding was censored. What was amusing was that the alcohol bottle was replaced by a bunch of flowers! An industry source says, “In the same sequence, actor Ajay Devgn can be seen drinking and that bit was retained. So, I guess the CBFC just had problems with a lady drinking in a shaadi. That’s quite a regressive mindset.”

The CBFC has always had problems with depiction of alcohol on screen. For every scene involving hard drinks, a ticker mentioning that consumption of alcohol is injurious to health has to be compulsorily inserted on the bottom right of the corner. The alcohol brands are a strict no-no and it’s common to see bottles being blurred for the same reason. This is not a justified move but it’s become very common. However, what’s not common is characters consuming alcohol in a glass where no company name is visible and yet, the blurring is done! This is what happened with the recent Hollywood release Ford v Ferrari. A few days before its release on November 15, the press screening was held from where pictures were clicked of scenes where glasses containing liquor were hastily pixelated. It affected the impact of the said scenes and angered the audiences. Even Farhan Akhtar tweeted about it.

The assumption was that the CBFC yet again has come in the way to force their diktat. As expected, it earned the wrath of the fans. A week later however, Prasoon Joshi spoke about this episode and made it clear that the said cuts were done ‘voluntarily by the makers’ and that he’s disappointed with the spread of the ‘false news’. The cut list of Ford v Ferrari confirms that Prasoon Joshi is indeed right. The only censoring that was done in the film was muting of abusive words.

This brings us to the new trend adopted by studios, especially the ones distributing Hollywood films. They themselves censor stuff they feel will be asked to remove and then submit for certification. The Independence Day release Once Upon A Time In Hollywood, of Sony Pictures, also comes in the same category. There’s not a single cut done by the CBFC! Many news outlets also made news out of it that how this much awaited Hollywood flick has been passed uncut by the ‘progressive’ CBFC! However, when viewers ventured out to see the film, they realized many words have been muted. And that’s because Sony themselves played the Sanskaari card and didn’t allow the CBFC to do so!

So why are these studios doing in-house censoring? “It’s simple,” says a trade source and adds, “By now, everyone knows which scenes and words will be edited out. And it’s a long process. The producer submits the film, then the CBFC views and asks for cuts, the cuts have to be made and shown to the CBFC and then the certificate is secured. Hence, in order to save time, the studios or the distributors feel it’s better they themselves blur or mute before the CBFC does so.” With regards to the Ford v Ferrari fiasco, the same source explains, “Fox Star Studios however went too far it seems. They even got alcohol glasses blurred, which is something the CBFC would have told them to do. But they did it anyway, not wanting to take a risk. And CBFC ka toh waise bhi naam kharab hi hai. So everyone naturally assumed that Censor guys must have played mischief, like they always do. But only this time, they weren’t to blame.”

Yet, Prasoon Joshi can’t walk away scot-free. There’s no guarantee that the Examining Committee of CBFC would have let the alcohol scenes go censor-free if those scenes weren’t blurred. He and CBFC have created this atmosphere because of which Fox and Sony are going the extra length of getting the censoring done themselves. To give credit where it’s due, Prasoon has indeed been progressive at times. For instance, he allowed the Sonia Gandhi reference and a reference related to Ram Mandir in The Sky Is Pink and Bala respectively. In one crucial scene of Article 15, the characters are discussing various logos of political parties and even here, no cut or mute was enforced. However, consistency is needed.

Sadly for moviegoers, no significant change can be expected in this regard. In the Ford v Ferrari controversy, Prasoon has proclaimed his innocence. He’ll also use this episode in future to show how progressive CBFC has become and that it’s not his fault if people are censoring and then submitting films for certification. And unlike how it was in Pahlaj Nihalani era, the industry is not up in arms against these cuts. And there’s a reason for that, it seems. In an exclusive interview to Bollywood Hungama last year, Pahlaj had alleged that “Prasoon Joshi has added a new clause that whatever modifications asked by the CBFC should remain confidential between the CBFC and the applicant. And if they don’t adhere to it, the certificate can even get revoked. Now tell me which filmmaker would stand the risk of revoking his film’s certificate.” To verify this huge claim has been a task but it won’t be surprising if it’s indeed true. In the last one year, this writer has tried to get a few filmmakers on record after their films got censored but they refused to speak about it at all. As a result, without the much-needed support of the industry, the sanskaari ways of CBFC will continue.

One thought on “Ford v Ferrari censoring row: Dear Prasoon Joshi, you are STILL responsible for the fear atmosphere that you’ve nurtured!”