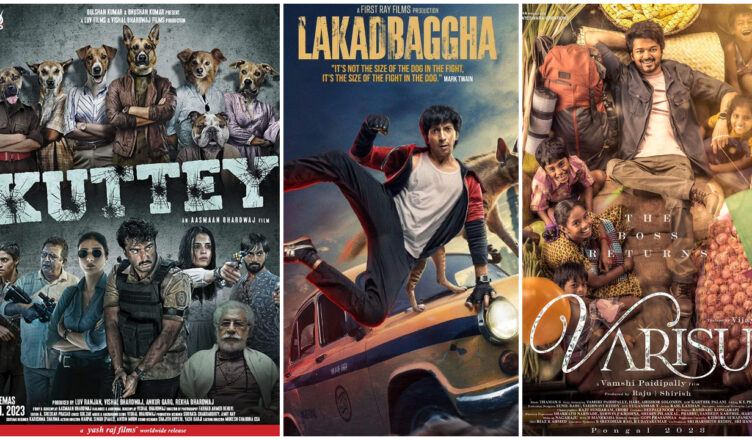 The first Friday of 2023, January 6, didn’t have any major Hindi release. But tomorrow – January 13 – will see the release of a small and a medium-budget film. There’s not much hope for these films though the latter, titled Kuttey, can surprise if the word of mouth is strong.

Kuttey marks the directorial debut of Vishal Bhardwaj’s son, Aasmaan Bhardwaj. Vishal along with Luv Ranjan and Bhushan Kumar have jointly produced the film, which stars Arjun Kapoor, Tabu, Konkona Sen Sharma, Naseeruddin Shah, Radhika Madan, Kumud Mishra and Shardul Bharadwaj. The trailer is wacky and promises to be a crazy flick. Interestingly, Vishal Bhardwaj directed Kaminey in 2009 while this film is named Kuttey. In a way, Kuttey seems like a spiritual successor to Kaminey although both films are not connected. The other connection between the two is that Kaminey’s famous ‘Dhan Te Nan’ song has been recreated in Kuttey.

The excitement for Kuttey is minimal. This will result in an opening of Rs. 1-1.50 crores. If the word of mouth is positive, it can have a good jump on Saturday and Sunday. However, if the reports are not encouraging, it’ll prove detrimental.

The other release of the week is Lakadbaggha. It stars Anshuman Jha and marks the film debut of Ridhi Dogra. The makers claim that it is India’s first film about a vigilante for animals. Milind Soman and Paresh Pahuja also star in this movie, which is directed by Victor Mukherjee. Though the idea is interesting, due to the lack of known faces, there’s negligible excitement. One can at least hope that it receives critical acclaim as its box office collections will be very low.

Meanwhile, down South, there was a huge clash as two Tamil superstars – Ajith and Vijay – released their respective films yesterday, on Pongal – Thunivu and Varisu. Both have embarked on a huge opening in Tamil Nadu and even in other states and countries. In Hindi, only Vijay’s Varisu will see a release, on Friday, January 13. The awareness of the film is limited in the Hindi-speaking markets. But since it’s a mass entertainer, one never knows. Varisu might not open huge but in the coming days, it might collect more than Kuttey. The word of mouth of Varisu, however, has been mixed and this can go against the Hindi dubbed version.