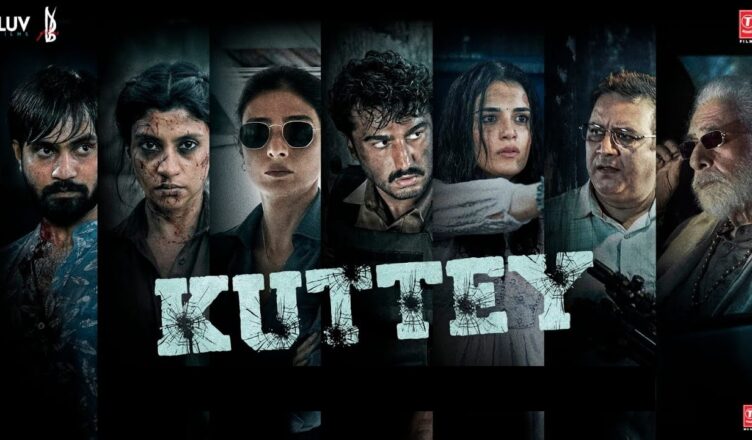 Kuttey is based on an interesting and amusing concept. The characters are badass and immoral and the title of the film is apt. The run time is less than 2 hours and debutant director Aasmaan Bhardwaj packs in a lot in 112 minutes. The beginning portions are terrific and you expect the film to go on a high. Sadly, the second half is abrupt. Certain characters disappear and are forgotten. A few developments are bewildering and also the dark humour and tension are minimal. The style and feel remind one of Monica O My Darling. But that film worked better as the writer-director summed up all the tracks neatly. This aspect is missing in Kuttey. Speaking of performances, the film rests on the performances of Arjun Kapoor, Tabu and Kumud Mishra. Arjun Kapoor suits the part and does well. Tabu, as expected, is rocking. Kumud Mishra has an important part and is too good. Radhika Madan is good but her screen time is limited. Naseeruddin Shah and Konkona Sen Sharma have cameo appearances. Naseeruddin Shah, in fact, has been wasted. Shardul Bhardwaj, Ashish Vidyarthi and Jay Upadhyay (Surti) are okay. All in all, Kuttey is a decent one-time watch.