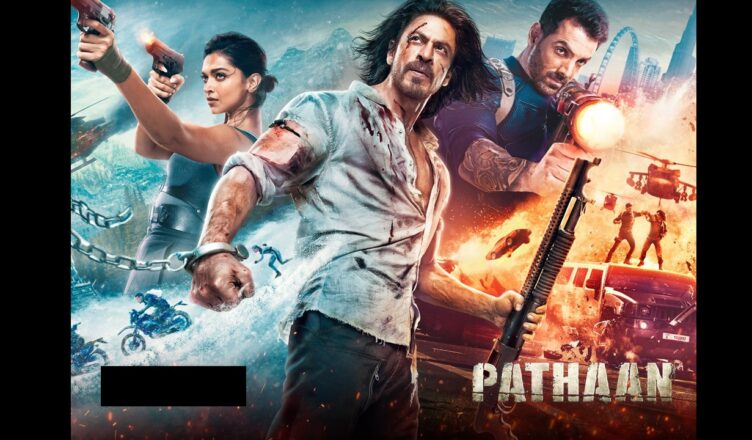 NO FILM RELEASE IN THE FIRST WEEK OF 2023; ALL EYES ON PATHAAN

The first Friday of 2023 is here but there won’t be any release. There was a time when it was said that the films that release in the initial week of the year flop at the ticket window. This jinx became popular as several films that were released in the first week didn’t work. No one was ready to accept that these films were badly made and hence, bombed. The jinx was broken by No One Killed Jessica. It was released on January 7, 2011, and yet, was a hit as it was loved and also had generated some buzz before the release.

Last year, RRR was all set to be released on January 7, 2022. But due to the Omicron wave scare, it was pushed to March 25. Had it been released as scheduled, it would have obviously worked the same way as it did later on.

This year, no producer had planned to take up the January 6 date for the simple reason that the biggie, Adipurush, was supposed to release on January 12, 2023. Its teaser was unveiled on October 2 and was panned for its VFX and graphics. As a result, the makers decided to rework on the CGI, resulting in the postponement. The official announcement about the change of release date to June 16 was done in November. As per reports, a few makers did think of preponing their films, planned for a release in February and March, and releasing them on January 12. But due to various reasons, it couldn’t happen. T-Series, the producers of Adipurush, then announced that their small film, Kuttey, will release in the second week of January. The Hindi version of Vijay-starrer Varisu and Ajith-starrer Thunivu will also clash with Kuttey and can surprise.

But more than these films, the trade is looking forward to the release of Pathaan. It marks Shah Rukh Khan’s comeback after more than four years and hence, it has generated tremendous excitement. It’ll release on January 25 and after a disastrous 2022, the trade is hoping that this action-packed film brings some cheer and respite.

In fact, another reason why no one preferred coming on January 6 after Adipurush’s postponement is the release of Cirkus. It is directed by Rohit Shetty and released in theatres on December 23, 2022. The trade, industry and even moviegoers expected it to have a superb run at the box office. However, it had a poor opening and due to word of mouth, it is now struggling to cross the Rs. 40 crores mark. Had it been a hit, it had the potential to rule the cinemas till Pathaan’s release on Republic Day. Alas, it flopped and Adipurush also got pushed, resulting in the lack of big releases in January, except the Shah Rukh Khan starrer.