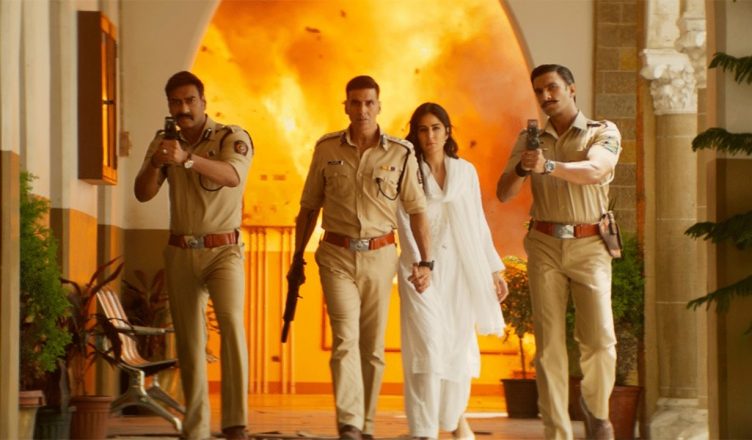 SOORYAVANSHI IS A HIT! BOX OFFICE FINALLY COMES TO LIFE!

For a year, we have been stressing through this column that the audiences are more than ready to watch big and exciting Hindi films on the big screens despite the pandemic. The industry however preferred to wait for a long time to bring films into theatres. Meanwhile, the naysayers had a field day in declaring that Bollywood will never bounce back. Some claimed that the days of releasing films in cinemas are over! A section of these people also shouted that Bollywood needs to be boycotted in the wake of the demise of Sushant Singh Rajput.

However, Sooryavanshi, which was released on post-Diwali day, on November 5 has managed to silence everyone. There was tremendous hype for this film from the very start. After all, it starred Akshay Kumar and was directed by Rohit Shetty, both of whom enjoy immense popularity. Sooryavanshi, moreover, also featured Ajay Devgn as Singham and Ranveer Singh as Simmba. Hence, it was given that it’ll fetch a great opening. Yet, when it came to light that the film had managed to collect a huge Rs. 26 crore on day 1, it surprised the industry, trade and fans a lot. They were not used to seeing such numbers in the longest time. The kind of films that released post pandemic were such that they struggled to reach Rs. 26 crore in their lifetime! And here, Sooryavanshi managed to do it in just 1 day. The word of mouth thankfully was positive and hence, the collections didn’t drop on Saturday and Sunday and even the drop on Monday was normal and not alarming. The film has collected around Rs. 112 crore in 6 days and its first week collections are expected to be around Rs. 120 crore.

If Sooryavanshi managed to trend well at the box office, it’ll have a lifetime of Rs. 175 crore. It would have surely done more than Rs. 225 crore or even Rs. 250 crore had it been released post-pandemic. But no one is complaining as Sooryavanshi has brought the business back on track. Also, audiences have shown that they are absolutely ready to throng cinemas. The fall in Covid-19 cases, increase in vaccinations and Covid fatigue have all contributed to viewers returning to theatres and are sure to do so for the upcoming films too.