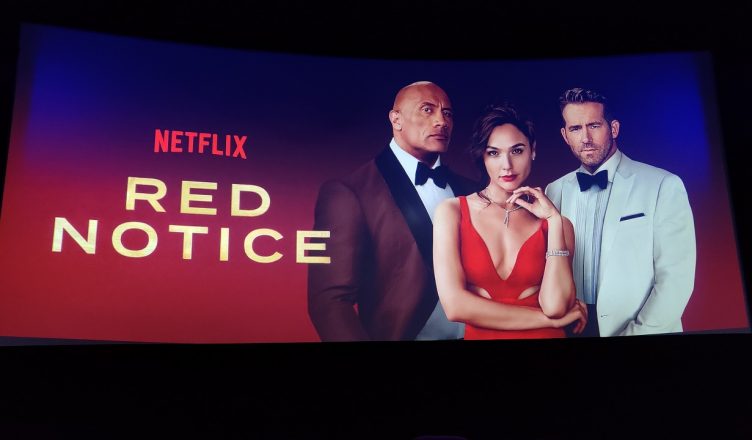 Red Notice is a complete entertainer that delivers more than what it promises. It gives a déjà vu of Dhoom 2 though the principle plot is very different. The film is just 115 minutes long and writer-director Rawson Marshall Thurber gets straight to the point from the very first frame. The narrative jumps from one country to another and it’s excellent to see how the trio create madness thanks to their ‘cant-live-with’ and ‘cant-live-without’ bond. The film falters a bit as it follows a set pattern in each act. Hence, by the time the film is nearing climax, you kind of know what’s going to follow. Also, the ending is a bit abrupt. Speaking of performances, Dwayne Johnson, as expected, is rocking. This is a role which is right up his alley – commercial, comical and massy. And he gets it right. Ryan Reynolds brings the house down with his timing and child-like humour. Gal Gadot might not have as much screen time as the male actors but she rocks the show with her performance, stunts and sensuousness. All in all, Red Notice is a paisa-vasool fare. This one should have been released in cinemas as it had the potential to be a worldwide blockbuster.