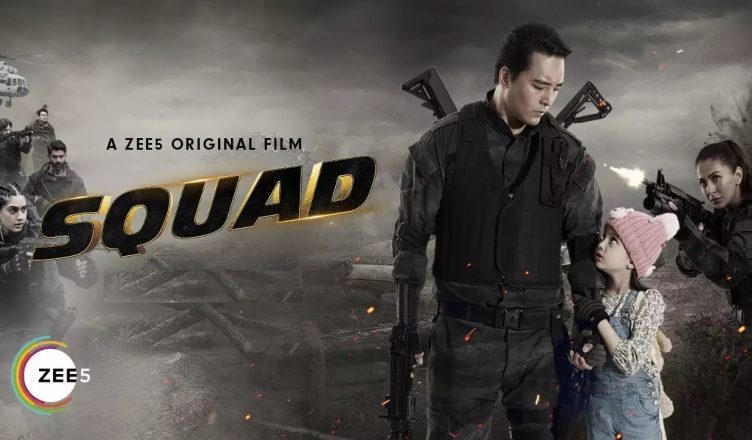 Squad marks the debut of Danny Denzongpa’s son, Rinzing and was released on Zee5 yesterday (November 12). The film is mounted as a grand action entertainer and is shot in some stunning locales. Technically, the film is first-rate in most departments and the background score by Dharmraj Bhatt enhances the impact. However, the story is not properly explained. One fails to understand what exactly is the mission and there’s no back story given of some of the important characters in the film. Also, it gives a feeling of been-there-done-that as we have seen several such films in Bollywood as well as in Hollywood. The action also could have been better and far more powerful as it’s essentially an actioner. Speaking of performances, Rinzing Denzongpa has an arresting screen presence and also has a nice, baritone voice. But his performance is far from impressive. Malvika Raaj Khurana is great while Pooja Batra is too good. Mohan Kapur gives a fine performance as the antagonist. Tanisha Dhillon (Addy) and Ashish Tyagi (Girish) leave a mark. Amit Gaur (Amit) is okay while the child actor, Dishita Jain (Mimi), is cute. All in all, Squad fails to impress.