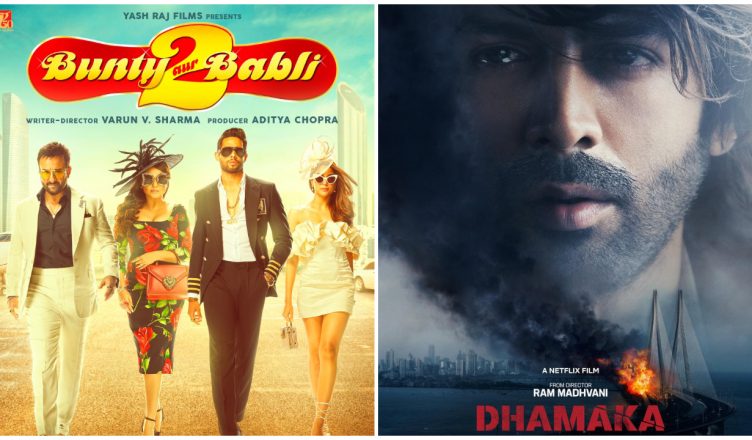 WILL BUNTY AUR BABLI 2 EMERGE AS THE 2ND BOX OFFICE SUCCESS OF THE SEASON?

The much awaited Diwali release Sooryavanshi has emerged as a big success. It has crossed the Rs. 150 crore mark in 10 days and now it seems that there’s a possibility that it’ll enter into the Rs. 200 crore club too. It has given a boost to the business and also hopes that the forthcoming films will also be able to find an audience. The first major film to release post Sooryavanshi is Bunty Aur Babli 2 and now trade and industry are looking forward as to how it fares at the box office.

Bunty Aur Babli 2 is the sequel to the very successful Bunty Aur Babli. The original starred AbhishekBachchan and Rani Mukherji and the sequel takes the story forward. But instead of Abhishek, Saif Ali Khan is playing Bunty this time. Saif and Rani Mukerji are also joined by Siddhant Chaturvedi, of Gully Boy fame, and Sharvari Wagh, who was earlier seen in Kabir Khan’s web series, The Forgotten Army. Pankaj Tripathi also features in this con caper.

The trailer of Bunty Aur Babli 2 is entertaining and it promises to be a fun ride. While the soundtrack of the first part was super-hit and fondly remembered even today, the music of the sequel is a disappointment. Also, the trailer is not such that viewers would run to the cinemas. Nevertheless, it has a decent chance of having an opening of anywhere between Rs. 4 to 6 crore on day 1. Most of the business will come from urban multiplexes. If the word of mouth is encouraging, a weekend of around Rs. 20 crore is very much possible.

The other major release of the week is Dhamaka. It’s a Netflix film, starring Kartik Aaryan, Amruta Subhash and Mrunal Thakur. It is directed by Ram Madhvani, who impressed one and all with Neerja and the web series, Aarya. The film is majorly set in a news studio and believe it or not, the whole film was shot in just 10-12 days. The trailer is gripping and it should be something to watch out for.