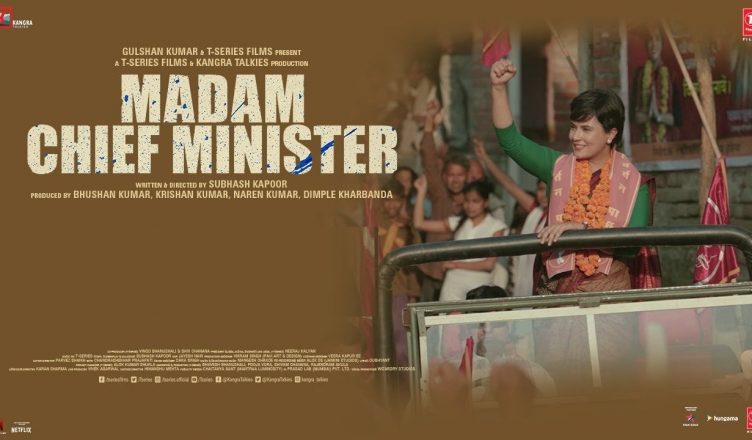 REPUBLIC DAY WEEK TO SEE THE RELEASE OF A NOT-SO-EXCITING FILM!

Republic Day is a National Holiday and hence, most filmmakers would be more than happy to release their film during this period. Over the years, some very exciting and big films have made it to the screen in this week like Street Dancer (2020), Manikarnika – The Queen Of Jhansi (2019), Padmaavat (2018), Raees (2017), Kaabil (2017), Airlift (2016) etc. This year, due to lockdown’s after effects, things have gone for a toss. With very few films releasing nowadays, one expected at least some mid-sized or big film to make it to theatres in this week. Alas, that didn’t happen as the industry still fears that viewers would not turn up to theatres.

As a result, a small Hindi film named Madam Chief Minister would be trying it’s luck in cinemas tomorrow. Starring Richa Chadha in the lead, it’s directed by Subhash Kapoor of Jolly LLB and Jolly LLB 2 fame. The film deals with a woman from a backward caste who rises to become the chief minister of Uttar Pradesh. Immediately, parallels were drawn with that of UP’s ex-CM Mayawati. It also led to a controversy as one of the posters shows Richa holding a broom. Many claimed that it indicates the stereotyping of the Dalit community. Moreover, a Dalit leader threatened to cut off Richa’s tongue! This was even after the poster was withdrawn and Richa posted an apology.

At times, these controversies help the film to generate awareness and maybe, even excitement. In the case of Madam Chief Minister, that didn’t happen. The promotion has been negligible. Many genuine moviegoers are not even aware of the film and that it’s releasing tomorrow. Even the lone theme song of the film is forgettable. A catchy, exciting song could have helped to some extent. The film might still find audiences in some multiplexes as it’s a woman-centric flick and because Richa enjoys some following among the premium viewers. Even then, it’s sure to wind up below Rs. 1 crore.