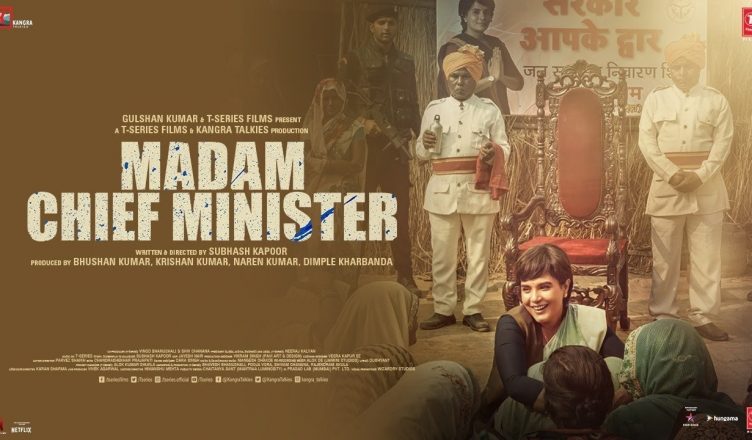 Madam Chief Minister is an interesting tale of a woman who is nobody and then suddenly becomes the chief minister of Uttar Pradesh. It seemed like a fictional account of Mayawati but it’s not. The circumstances under which Tara (Richa Chadha) enters politics and her journey after becoming the CM are very different. Writer-director Subhash Kapoor spins an interesting world which thankfully looks convincing, unlike the other political drama which we saw last week, Tandav. The first half is fine and without complaints. The intermission point is arresting and the second half starts with a bang. One expects the film to go on another level. Sadly, after a thrilling 15-20 minutes, the film drops. The last act is unconvincing and weak. The makers try to end the film on a high but don’t succeed much. A big issue is that the protagonist faces a lot of detractors, some of whom were experienced players, but she defeats them and outwits them easily. Initially, one doesn’t mind this aspect but later on, it becomes difficult to digest that she manages to do it quite easily. Speaking of performances, Richa Chadha handles the lead part with confidence and brazenness, which was the requirement of the character. Saurabh Shukla is excellent and his scenes in the first half are impressive. Akshay Oberoi too gives his best. One wishes he had more screen time. Manav Kaul is dependable but is let down by the writing, especially towards the finale. Shubrajyoti Barat is good as the villain. Raviza Chauhan (Shashi Rai) leaves a mark. Nikhil Vijay, as Dhanush lookalike, hams. All in all, Madam Chief Minister is a one-time watch political fare. Richa Chadha and Saurabh Shukla’s performances, the political angle and some exceptional scenes will give you your money and time’s worth!