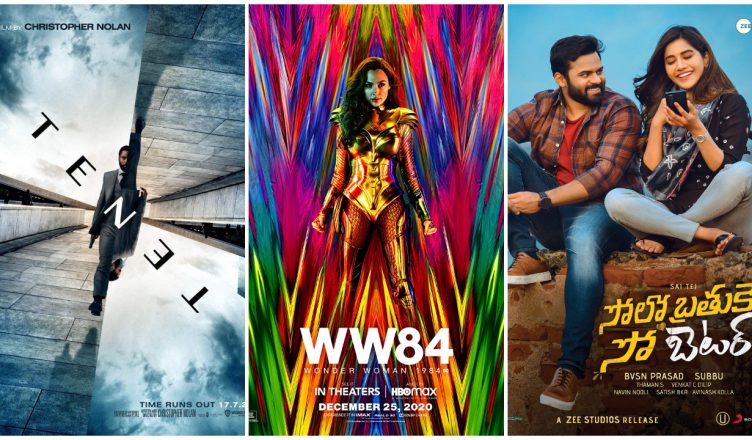 DISASTROUS 2020 ENDS ON A HOPEFUL NOTE

There have been several years in the past which have been disappointing and where we have seen few hits and more number of flops. But 2020 stands out. Previously, the bad years would at least see some business. In this year, from March 18 to October 14, theatrical business was zero as all theatres were shut due to the Coronavirus pandemic. Even when cinemas opened gradually from October 15, the business didn’t pick up. Most producers of big and mid-sized films refused to release their films. The perception was that since the pandemic hasn’t subsided, the viewers might not turn up to cinemas in big numbers out of fear of catching the virus. Hence, very selected films have been released like Suraj Pe Mangal Bhari, Indoo Ki Jawani, Shakeela, Vinashkaal etc. These films failed to even cross the Rs. 6 crore mark individually. The problem was not with the films’ content per se. These movies had very low buzz and excitement was hardly there. Trade experts said repeatedly that we should not judge the scenario based on the box office outcomes of these films as these movies would have not worked even in normal times. However, their statement fell on deaf ears.

Thankfully, a few films managed to do well. The Hollywood flick Tenet, released on December 4, in India. It was released 3 months after it’s release elsewhere in the world. The reports were mixed and moreover, a good print was leaked on the internet. Anyway, this was a niche film as it’s very complex. Yet, there was some excitement to see it on the big screen as it’s directed by Christopher Nolan, who enjoys a fan following. It managed to collect around Rs. 11 crore which is a great figure for this film, considering these challenges.

Then, last week, the much-awaited flick Wonder Woman 1984 released extensively in original English and dubbed versions. We had predicted last week that it’ll collect Rs. 30-40 lakhs in paid previews and Rs. 90 lakhs-1 crore on Thursday. However, the film exceeded expectations as it collected Rs. 75 lakhs in previews on Wednesday and Rs. 1.50 crore on Thurday, which was Christmas eve. We had mentioned that we are unsure if it’ll be able to collect as much as the first part did in its opening weekend, which was Rs. 8 crore. But this film managed to reach that mark. Today, the collections would increase a bit as it’s December 31. At this rate,Wonder Woman 1984 is all set to break Tenet’s lifetime record in just 8 days. Tomorrow is again a holiday due to January 1. Hence, the second weekend collections can also be encouraging. It now remains to be seen if Wonder Woman 1984 will be able to cross Wonder Woman’s lifetime collections of Rs. 23 crore.

What’s important to note that in North America and a few other markets, Wonder Woman 1984 had a simultaneous release in cinemas as well as on HBO Max, an online platform. Hence, a good quality HD print of the film was out since last Friday. Yet, the business of the film is quite good, probably as it’s a grand film and is best enjoyed in cinemas. It once again reaffirms that audiences are ready to come to cinemas if they feel excited for it.

However, a film that did even better than Wonder Woman 1984 is the Telugu film Solo Brathuke So Better. This romantic comedy is directed by debutant guy named Subbu and stars Sai Dharam Tej and Nabha Natesh. It was released alongside Wonder Woman 1984, on December 25, and had a very good first day, collecting a huge Rs. 3.75 crore. From the first day, the social media was filled with videos and pictures of theatres running housefull (with 50% occupancy of course). Also, it was heartening to see all the major artists of Telugu film industry coming out in support of this film and urging viewers to watch it in cinemas. In 4 days, it has managed to collect Rs. 10.25 crore and is expected to recover it’s costs in the first week itself.

Besides these, a few other films in Kannada, Tamil and Bengal industry also drew audiences. Meanwhile, the new strain of Coronavirus has not really caused havoc, as feared. The daily number of cases is at a 6-month low and is expected to further fall in the new year. The vaccine rollout will also start in a few weeks and by June, the priority 30-crore population is expected to get inoculated. Even before that happens, the cases will become negligible as herd immunity gets achieved and the winter season ends in the next 45-50 days. And thankfully, the exciting flick, Master, starring Tamil superstar Vijay, has already been scheduled to release during Pongal, on January 13. Interestingly, it’ll have a wide release in dubbed languages too. If it emerges as a huge hit, it’s bound to result in a steady flow of releases in Bollywood from February!