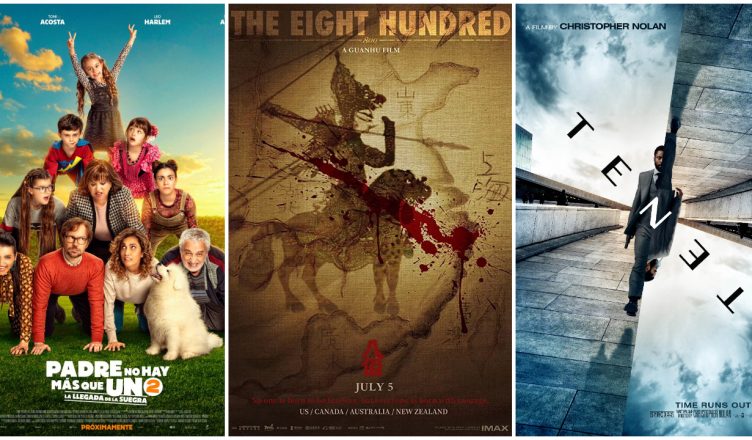 TENET AND THE EIGHT HUNDRED’S SUCCESS ADDS EXCITEMENT AMONG THE TRADE!

When the Coronavirus pandemic began to rapidly spread across the world in the beginning of 2020, a lot of films got postponed to next year or 2020-end. The belief was that even if cinemas reopen, it’ll be suicidal to release a film this year. This is because audiences might not turn up due to the fear of contracting the virus. Also, they argued that with just 50% occupancy allowed in cinemas as part of social distancing measures, the collections won’t be enough to recover costs. However, the success of some films across the globe has made it clear that films can succeed despite all these Covid-related limitations.

The first country to evoke hope was South Korea. We had discussed a couple of months ago that the thriller Alive has done very well in its first week. In its lifetime it managed to earn $13.4 million (Rs. 98.05 crore approx). Then July saw the release of Peninsula, a sequel to the worldwide 2016 hit Train To Busan. It has earned $32.4 million (Rs. 237.08 crore approx.), which is double of its budget. The reports however are mixed and it won’t collect as much as the first part – $98.5 million. But it has managed to do business that is double of its costs and moreover, it is still running well in many countries across the world. Lastly, Deliver Us from Evil, which released on August 5, is also running successfully, having earned $24.1 million.

But it’s China that took the cake. A film called The Eight Hundred had a thunderous start and went on to become a huge grosser. It was released on August 21 and collected a huge $116 million in 3 days. As of August 30, it has amassed $277 million, which totals to Rs. 2026 crore approx.! It remains to be seen if it can break the record of Avengers: Endgame which had collected $614 million (Rs. 4492 crore approx.). Even if it doesn’t, the job is done for the film.

And last but not the least, the much awaited Tenet released in Canada and international markets on August 26. The trade had expected it to collect $25-30 million in the weekend but it has managed to earn $53 million. In South Korea, it has collected $4,359,632 (Rs. 31.90 crore approx.) in 5 days. In most major territories like the United Kingdom, France, Germany, etc, it has exceeded expectations. It releases in the USA today, that is September 3, while tomorrow, September 4, it’ll release in China. The collections are now expected to increase a lot once that happens. The reports, though a bit mixed, are mostly encouraging and that’ll further help the collections.

All these instances have proved that there’s a huge pent up demand to watch films. It also shows audiences are ready to come back to cinema halls if there’s an exciting film running. Yes, the collections in all countries, except China, aren’t record breaking due to fewer people in a screen at a time. But, it is believed that sooner or later, the films will manage to make up for it if it has merit.

It now remains to be seen when theatres start in India. The decision to keep cinemas shut as part of Unlock 4 guidelines have led to frustration among exhibitors. But there’s still hope that the government will allow them to resume operations by September-end. And if that happens, Tenet will be the first release in the country.