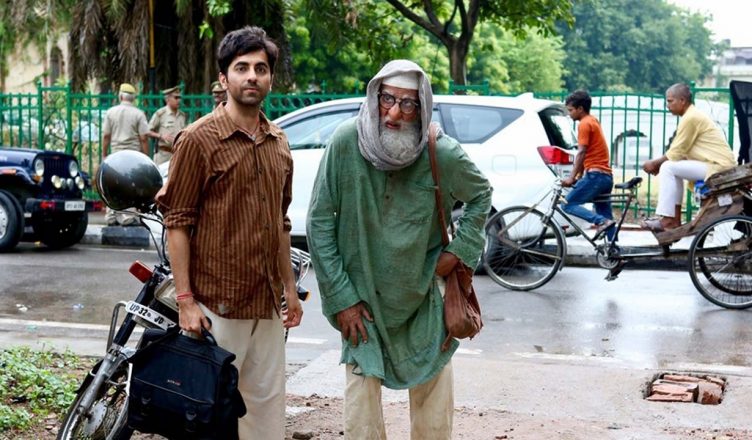 Angrezi Medium was the last film that released in theatres, on March 13. Sadly, the same day, theatres in Delhi were asked to shut. Soon, cinemas were told to shut shop in Mahrashtra, Gujarat and by March 18, cinema operations were suspended throughout the country. All the films which were to release in forthcoming weeks were postponed indefinitely. A few of the filmmakers realized that if they hold on to the release for too long, the budget of their films would escalate. Hence, a few of them took up the offers from OTT platforms. Two such films that skipped theatrical and released on digital were Bamfaad and Ghoomketu. But these were very small films and hence, made no noise.

But tomorrow, Gulabo Sitabo is all set to release, on Amazon Prime and it’s the first significant flick to go straight to OTT. It stars Amitabh Bachchan and Ayushmann Khurrana and this is the first time that these powerpacked performers are paired together. It is directed by Shoojit Sircar, who has given memorable films with both. While Shoojit was the one who launched Ayushmann in Vicky Donor, with Big B, he delivered Piku. The concept of Gulabo Sitabo seems interesting. There have been rarely any film that speaks about the horrors faced by landlords at the hands of the tenants. The Lucknow setting seems too good. Also, Big B’s look stands out and adds to the quirk and fun element of the film.

Gulabo Sitabo also faces challenges. The trailer evoked mixed reactions. Many found it very dry and not-so-entertaining, although the plot and performances definitely seem promising. Music has flopped totally. Also, there hasn’t been any promotion of the film as such. Both Amitabh Bachchan and Ayushmann Khurrana haven’t given interviews or tried to talk to the media through video calls and that’s quite surprising. As a result, the awareness about the film is very limited. Many are not even aware that such a big film is releasing!

However, content on OTT works differently. There have been instances of films or web series that didn’t make noise on the day it was launched but slowly and steadily, it became popular as reviews poured in. Here’s hoping Gulabo Sitabo gets good response so that more netizens watch it. Even if they don’t, the makers are safe as they have got a huge sum for selling their rights to Amazon Prime, and also their satellite rights to Sony. With negligible publicity, they have even saved on the P&A and other costs that one needs to bear while releasing the film on digital. As a result, it has turned out to be a profitable deal for the producers and now its upto Amazon how it manages to benefit out of this opportunity.