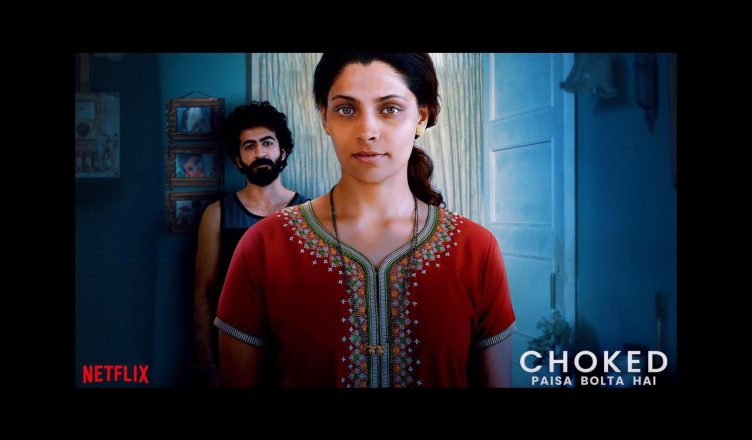 Choked is Anurag Kashyap’s most ‘U’ film as director after Return Of Hanuman! The filmmaker is known for his films laced with profanities and intimate scenes but this film surprisingly is devoid of all of that and the focus instead is on the plot, written very well by Nihit Bhave. The concept also scores as it’s quite novel and it helps in sustaining interest. The demonetization bit is very well used and it is sure to bring back the memories. On the flipside, a few developments are confusing and bewildering. Anurag should have kept some plot points simplified and easy to understand. The final 15 minutes raises lot of questions but works as it’s unpredictable. Choked is laced with some fine performances. Saiyami Kher is terrific to say the least and looks every inch a common man trying to make ends meet despite challenges. Roshan Mathew, who impressed everyone with Moothon, has a fine screen presence and dialogue delivery. He too gives his best. Amruta Subhash goes a bit over the top but manages to give an entertaining performance. Rajshri Deshpande is fine and deserved more screen presence. Upendra Limaye, Tushar Dalvi, Aditya Kumar (aka Perpendicular of Gangs Of Wasseypur) also give good performances. Background score too adds to the interest. All in all, despite some glitches, Choked deserves a watch!