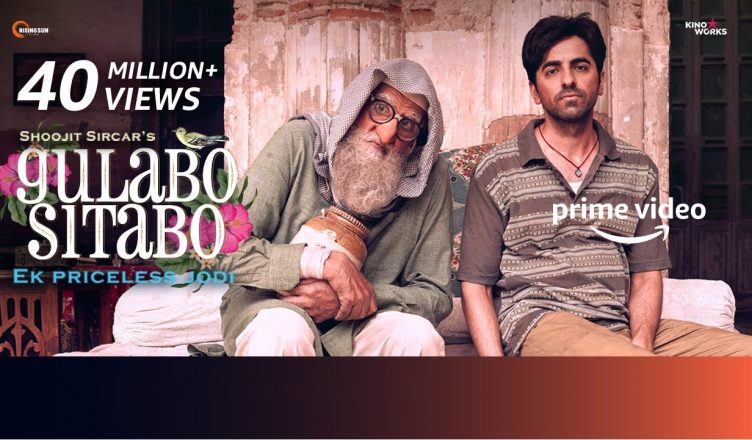 Gulabo Sitabo rests on a very interesting concept. We have heard of problems faced by tenants and even seen that in some of the films. But even landlords have faced the horrors at the hands of the tenants in our country and Gulabo Sitabo probably is one of the first films to be based on this issue. The Lucknow setting is beautiful and adds a lot to the film’s charm. The characters are very interesting and this also includes the haveli! A few scenes are very funny and the twist in the climax is unpredictable. On the flipside, the film lacks humour. In the past, writer Juhi Chaturvedi and director Shoojit Sircar impressed so much with Piku. It was a challenging project as it hardly had any story and yet the duo had to keep viewers engaged and entertained with the constant blabbering of three main characters. But Juhi and Shoojit passed out with flying colours. In Gulabo Sitabo, they had at their disposal a great plot and some quirky characters. They could have done so much and sadly, they let the opportunity pass. A few developments, meanwhile, are very bewildering and unconvincing especially with regards to Amitabh Bachchan’s character. But his performance is terrific as always. He speaks less and his eyes do a lot of talking that add to the fun. Ayushmann Khurrana gives an entertaining performance and he tries his best to ensure that his act stands out from that in the rest of his films. Vijay Raaz and Brijendra Kala are dependable as always. Farrukh Jafar is a surprise of the film. Srishti Shrivastava leaves a huge mark. All in all, despite the minuses, Gulabo Sitabo is surely a decent one time watch!