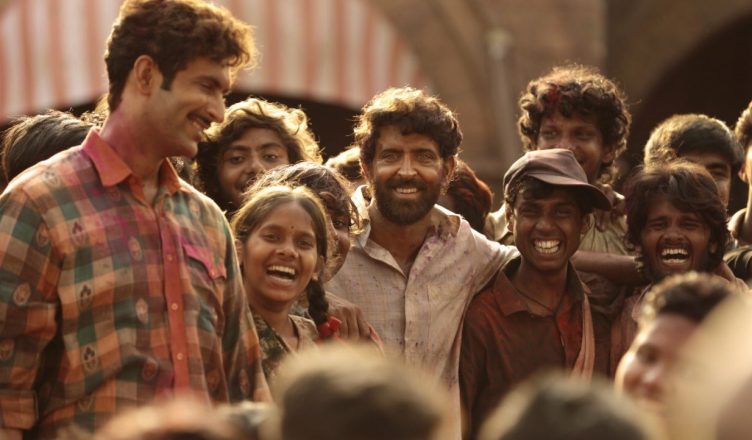 WILL SUPER 30 PROVE TO BE A SUCCESS DESPITE THE LOW-KEY PROMOTIONS?

An actor who is immensely popular but does very less films is Hrithik Roshan. He is a bona fide star and his films taken respectable openings. One might argue that the opening day collections of Mohenjo Daro and Kaabil were below expectations. But the former opened at Rs. 8.80 crore despite not-so-exciting promos-and-songs and competition from Rustom. And the latter too faced competition from Raees, which was more commercial than the thriller. Yet, Kaabil had an opening of Rs. 8.02 crore. His previous films like Bang Bang, Krrish 3 and Agneepath meanwhile took a great opening.

A superstar of his stature should do more films but that doesn’t happen sadly. Hrithik’s last film Kaabil released in January 2017 and now his next film, Super 30, releases tomorrow, almost two-and-a-half-years after the Sanjay Gupta-directed thriller. The challenges faced by the film are many. Yet, the excitement has been generated, mainly due to Hrithik Roshan’s presence.

Super 30 is inspired from the life of Anand Kumar, a mathematician from Bihar, who became famous after giving free coaching for students aspiring to get admission in IIT. The trailer indicates that the plot of the film is quite impactful and can make for a great watch. The story would also resonate with a lot of people, especially the underprivileged, since they face the maximum challenges while trying to get guidance for the entrance exams at reasonable prices. The romantic song ‘Jugrafiya’, sung by Udit Narayan, has been loved and is the current chartbuster. The film has been shot in real locations and that has added authenticity.

Now coming to the roadblocks faced by the film…and they are aplenty. The promotion of the film has been very low-key and it is intentional. A month ago, Hrithik’s sister Sunaina revealed that she is in love with a Delhi-based journalist, Ruhail Amin, and that her family is against this relationship. Kangana Ranaut, who has been Hrithik’s sworn enemies since a few years, along with her sister Rangoli Chandel has sided with Sunaina. Sunaina too has made it clear that she appreciates the support by the Ranaut sisters. To avoid talking about this embarrassing situation, no formal event like first look launch, trailer launch etc was held. Hrithik has given extremely selected interviews too. That’s not all. Super 30’s director Vikas Bahl was one of the major targets of the #MeToo movement last year. Following the allegations, he was asked to step down from the film. But a committee cleared him of all charges. Many feel the manner in which he was acquitted was highly questionable. Also, Anand Kumar himself had to face allegations that he’s actually charging a heavy amount to tutor students.

Super 30 was to release on July 26 initially. But Kangana Ranaut-starrer Judgementall Hai Kya was also shifted to this date from its original date of June 28, in the first week of May. A few days after this postponement, Rangoli Chandel went berserk on Twitter, alleging that Hrithik is compelling journalists to twist against Judgementall Hai Kya. Hrithik realized that such controversies would increase once the release date is closer. Hence, he decided to avoid the clash and preponed his film by two weeks. Super 30 is now a solo release. India is also out of the World Cup finals and that is like a godsend. But the challenges remain. Hrithik Roshan’s Bihari accent and the tone of the film have raised doubts due to which viewers have decided to adopt a wait-and-watch policy.

So, even the first-day collections are not going to be great. It should be in the range of Kaabil and Mohenjo Daro – around Rs. 8-9 crore – but it can go upto Rs. 10 crore if crowd comes out in big numbers in the evening. If the response is positive, Super 30 will be able to cover up on the lost ground on Sunday with its weekday collections. However, if the film gets thumbs down, then it can have an embarrassing lifetime total.

WOULD YOU LIKE TO SEE SUPER 30 AND WHY? DO LET ME KNOW!