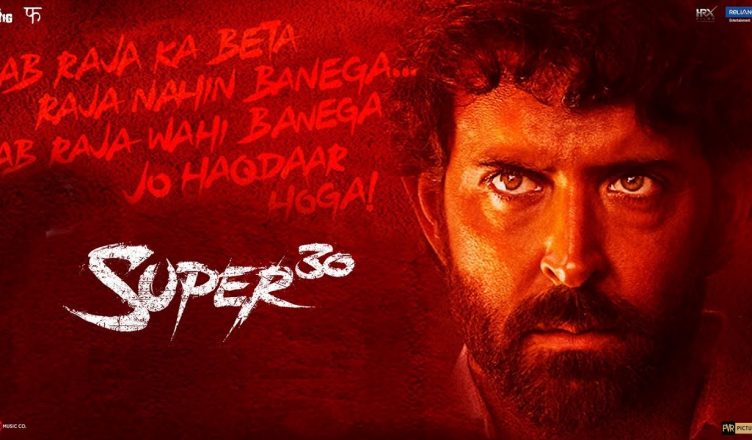 Super 30 is one of those films that has some easily noticeable loose ends and silly sequences. Yet, it works primarily due to the plot, emotional quotient and the performance by the lead actor. The film is definitely fictionalized but the various goings-on keeps viewers hooked. A lot happens in the first half and there’s never a dull moment in this hour. The intermission point is powerful. The second half is when the film gets a bit shaky. Characters enter the narrative suddenly, as if they have been always there, and even disappear at will. A crucial sequence is bizarre and embarrassing and gives a déjà vu of Vikas Bahl’s earlier film Shaandaar which is not good news. But thankfully, the film picks up in the pre-climax and climax. The finale might seem unconvincing but the idea behind it is endearing and hence succeeds. The last scene is a winner. Talking of performances, Hrithik Roshan is the soul of the film and takes the film to dizzying heights. He’s damn good as the Bihari teacher with the heart of gold and in some scenes, his dialogue deliver elevates impact. Also notice how he expresses through his eyes and sans dialogues in some important scenes. Aditya Srivastava is fine as the antagonist. Pankaj Tripathi goes overboard but manages to raise laughs. Mrunal Thakur is lovely in a small role. Nandish Singh is dependable while Virendra Saxena will be loved. Vijay Varma is good in the cameo but his character has no relevance as such after a point. Amit Sadh is terrific and I so wanted him to have more screen time. Manav Gohil is fair and really like his baritone voice. The students also do a great job and the casting has been spot-on. All in all, Super 30 works emotionally and raises some important point. Deserves a watch!