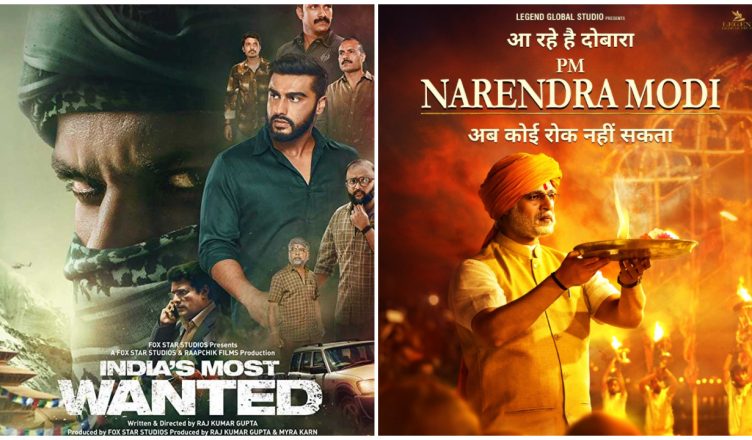 TWO ‘NATIONALIST’ FILMS UP FOR RELEASE!

The festival of Eid and the release of Salman Khan-starrer Bharat are just 14 days away and hence there won’t be any significant release next Friday. This week will see the release of two prominent films which can get a clean 2-week run if it succeeds. Both films have challenges though. My analysis:

INDIA’S MOST WANTED: It is directed by Raj Kumar Gupta and like his earlier well-received films (No One Killed Jessica, Raid), this is also based on a true story. It chronicles how 5 Indian intelligence officers nabbed Yasin Bhatkal of Indian Mujahideen in Nepal in 2013 without firing a single shot! Arjun Kapoor plays the leading role here. The trailer is interesting and intriguing, also because not many know about this sensational episode. However, the promotion hasn’t worked much. Songs are forgettable. Also, it’s difficult to say if viewers will be excited to see the film where the makers are making it clear that no bullet shot has been fired. In other words, there’s no action in the film! The opening will be low, of around Rs. 2-2.5 crore. But the film has the potential to grow significantly from Saturday if it’s well made. It’s Monday collections can be better than that of Friday.

PM NARENDRA MODI: As the name suggests, it is based on the life of the current Prime Minister of India but it’ll focus only till the time that he is sworn in to this honourable post in 2014. Vivek Oberoi plays the lead role. Also starring in this flick are Boman Irani, Manoj Joshi, Kishori Shahane, Zarina Wahab, Prashant Narayanan, Barkha Bisht Sengupta, Yatin Karyekar and Darshan Kumaar. It is directed by Omung Kumar who made the much-liked Mary Kom followed by two flops – Sarbjit and Bhoomi. It’s shocking to know that the film went on floors this year itself in January end. Within 70 days, a film of this scale was shot, edited, and was ready for release. But they must have completed the film’s post production at the eleventh hour and only then they applied for censor certificate. However, the Central Board Of Film Certification (CBFC) didn’t give the certificate overnight and followed the due process. As a result, the film was to release on April 5 and was postponed to April 11. Just few hours before the press show on April 10, it was announced that the film has violated the Model Code of Conduct and hence, postponed till the end of voting. The makers then decided to release the film tomorrow. The results of the Lok Sabha Elections are today and if Narendra Modi wins again, it might prove beneficial for the film and can secure an opening of around Rs. 1.5-2 crore. But if he loses, it can prove detrimental. The film really has to be great to make an impression.