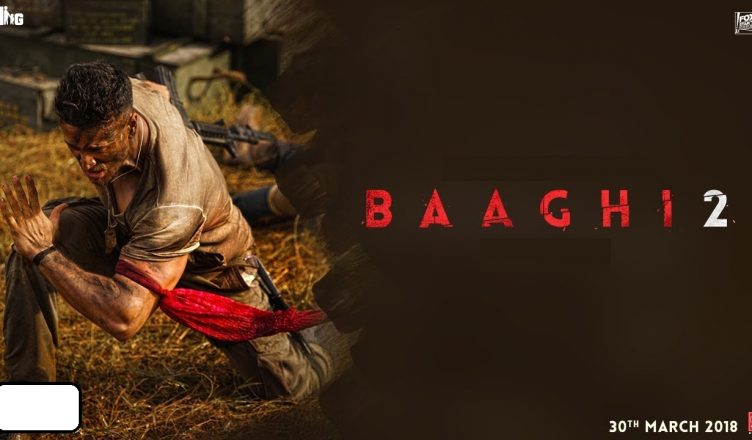 Since the last couple of years, the first three months are not that great for Bollywood. Most of the films that are expected to rake in huge numbers underperform or tank. But 2018 is an exception. Padmaavat has emerged as a blockbuster, collecting almost 284 crore. Pad Man did less than expectations but is a success nevertheless. Sonu Ke Titu Ki Sweety is a surprise blockbuster while Raid and Hichki have also done very well.

Baaghi 2 releases tomorrow and it’s the last film of this quarter. And it seems like it’s a sure shot winner. It is the part two of Baaghi, which released in 2016, and emerged as a super-hit, surprising everybody. After all, for lead actor Tiger Shroff to give a 76 crore grosser with his second film is no mean feat. Heropanti had proved he’s a star and Baaghi confirmed that he’s bound to be a superstar and a darling of the masses. Tiger’s next two films – A Flying Jatt and Munna Michael – flopped sadly. But for Baaghi 2, the expectations are tremendous despite the back to back debacles due to the popularity of the franchise. Also, it shows Tiger in a complete action avatar, which is more loved by moviegoers.

Moreover, Baaghi 2 finally sees Tiger Shroff being paired with Disha Patani. Their chemistry off screen has been talked about and on screen too, it looks crackling. Songs have got registered, though sadly the remix of the iconic number Ek Do Teen has got a lot of brickbats. But this hasn’t affected the hype for the film as it’s an action entertainer. And the action in the flick looks terrific. It’s a big scale flick and seems to be best enjoyed in cinemas. As a result, Baaghi 2 is expected to have a huge opening. Baaghi opened at 11.93 crore but Baaghi 2 is sure to have a 17-18 crore day 1. What would also help the film is that tomorrow is a holiday (Good Friday). If all goes well, the weekend collections will cross the 50-crore-mark. If word of mouth is positive, Baaghi 2 can stay in cinemas for a long time. The next biggie is almost a month away (Avengers: Infinity War). Hence, don’t be surprised if Baaghi 2 manages to collect 125-130 crore as its lifetime collections!

Baaghi 2 looks like a complete masala entertainer and such films are the need of the hour. Here’s hoping it manages to impress big time!

WOULD YOU LIKE TO SEE BAAGHI 2 AND WHY? DO LET ME KNOW!