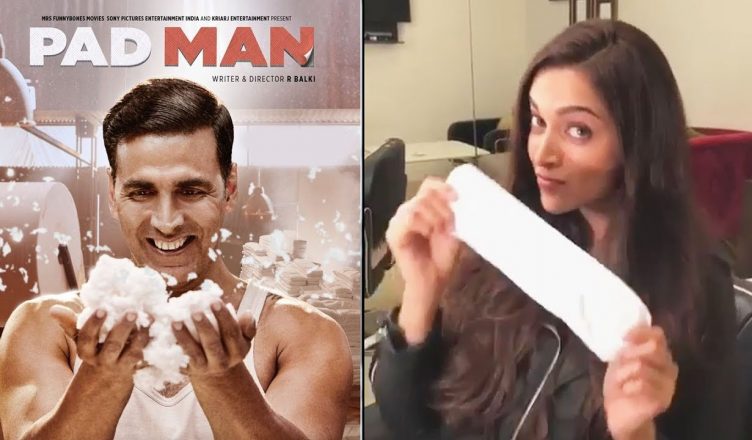 WILL PAD MAN EMERGE AS A BIGGER SUCCESS THAN TOILET – EK PREM KATHA?

Akshay Kumar is on a roll and how since the past couple of years. Ever since he worked in Special 26, he has got addicted to films that are entertaining but not necessarily mindless and cater to the intelligentsia as well. Later on, he did Baby, Gabbar Is Back, Rustom, Airlift, Jolly LLB and Toilet – Ek Prem Katha and all of these flicks have not only earned a lot of money but has also got him newfound respect. Continuing this tradition, the actor is now back with Pad Man, a film that should also work big time!

Pad Man also stars Sonam Kapoor and Radhika Apte and is directed by R Balki, known for his urban-centric stories. But with Pad Man, he takes a departure and tells a rural-based story, inspired from the life of Arunachalam Muruganatham. He made low-cost sanitary napkins for women and rose to prominence and his story was initially documented by Akshay’s wife Twinkle Khanna in her second book The Legend Of Lakshmi Prasad. She then approached him for a film on his life and after some cajoling, he relented. Pad Man hence also marks Twinkle’s debut as a film producer in the truest sense.

The Pad Man trailer seemed a bit underwhelming but everyone was unanimous in admitting that the film surely has promise. The 140 minute flick promises entertainment and also loads of enlightenment. Even if the film fails to achieve commercial success, its major contribution has been the fact that it has made discussions on sanitary pads easier for people. Last week, ‘Pad Man Challenge’ was initiated wherein actors posed with a sanitary pad in order to break the taboo. Aamir Khan did it and then Alia Bhatt, Deepika Padukone, Tiger Shroff, Ayushmann Khurrana, Katrina Kaif, Anushka Sharma, Rajkummar Rao, Anil Kapoor etc also gave their support to this wonderful initiative. A few dubbed it as a publicity gimmick and yes, this movement indeed is for publicizing Pad Man. But one can’t deny that each time a celeb is taking the ‘Pad Man Challenge’, the idea that menstruation is normal gets hammered in a more impactful way.

Talking about the box office, Pad Man is coming solo, after Aiyaary got postponed. Padmaavat is still running successfully and would retain a sizeable number of screens. Nevertheless, the buzz is there for the film and the opening surely would be in double digits. It remains to be seen if the opening can beat Toilet – Ek Prem Katha’s first day figures, which stood at Rs. 11.34 crore. It will also be interesting to see if Pad Man can go past Toilet – Ek Prem Katha’s Rs. 132.07 crore collections and thereby emerge as Akshay Kumar’s biggest grosser. With no real competition in the next couple of weeks, Pad Man can surely earn considerably, provided the word of mouth is positive!

WOULD YOU LIKE TO SEE PAD MAN AND WHY? DO LET ME KNOW!