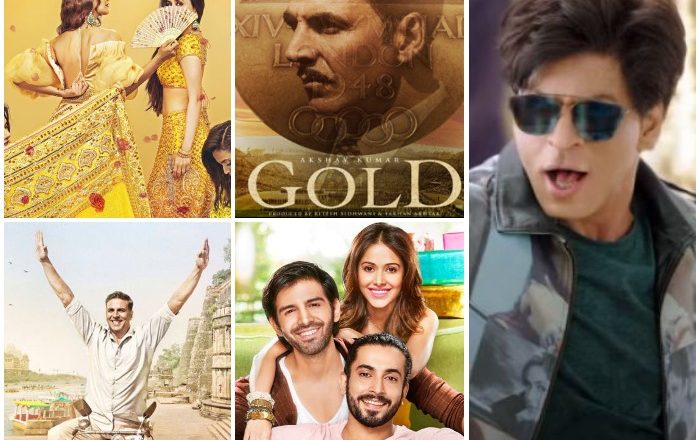 Bollywood has gone wrong on many levels over the past few years. The writing was on the wall but it was ignored. Finally in 2017, it finally dawned upon the industry that one can’t be making niche and urban films and even substandard films at high costs and expect them to work. Films like Rangoon, Noor, Meri Pyaari Bindu, Sarkar 3, Raabta, Jagga Jasoos, Munna Michael, A Gentleman, Simran and Chef failed hugely at the box office. The debacle of Shah Rukh Khan-starrer Jab Harry Met Sejal and Salman Khan-starrer Tubelight especially send shockwaves. Both these films had limited appeal and on top of that, had negative word of mouth. Hence, even if they had got good response from public, it wouldn’t have been an all-India blockbuster. But the cost of the film was such that it had to be a big super hit to recover investments and ensure that all parties make profits.

In this regard, 2018 is expected to fare better than 2017 for sure. To begin with, all three Khans – Shah Rukh Khan, Salman Khan and Aamir Khan – have a film each – Zero, Race 3 and Thugs Of Hindostan. And thankfully, all three are big, event films with a mass appeal. And they are releasing on festivals – Christmas, Eid and Diwali – respectively. Hence, all three of them are expected to be huge hits. Then there’s Sanjay Dutt biopic, directed by Rajkumar Hirani who is one of the greatest filmmakers ever. Hence, a lot of hopes are riding on this film. Padmavati (now called Padmavat) will also hopefully see a release and can excel at the box office big time. Ranveer Singh-starrer Simmba can prove to be the 2nd 200 crore grosser of Rohit Shetty. 2.0, the bi-lingual sequel to Robot, looks very exciting and might not do as well as Baahubali. But it has the ability to cross the 300 and even the 400 crore mark. Baaghi was a huge hit and Baaghi 2 can emerge as the first 100 crore grosser of Tiger Shroff. Other films that can cross the 100 crore mark are Pad Man, Gold, Raid, Super 30 and Total Dhamaal. Parmanu, Pari, Aiyaary, Hichki, Sonu Ke Titu Ki Sweety, Kedarnath, Drive, October, Sui Dhaaga, Manikarnika, Raazi, Veere Di Wedding, Sandeep Aur Pinky Faraar, Deepika Padukone-Irrfan Khan starrer directed by Vishal Bhardwaj, Fanne Khan, Dhadak and Namastey England can also work wonders at the box office, even if they don’t cross the 100 crore mark.

Of course, mistakes will still be repeated and there would be challenges. But looking at the line up and the fact that almost all the big films look quite massy and entertaining, there’s no doubt why 2018 won’t be better than 2017!