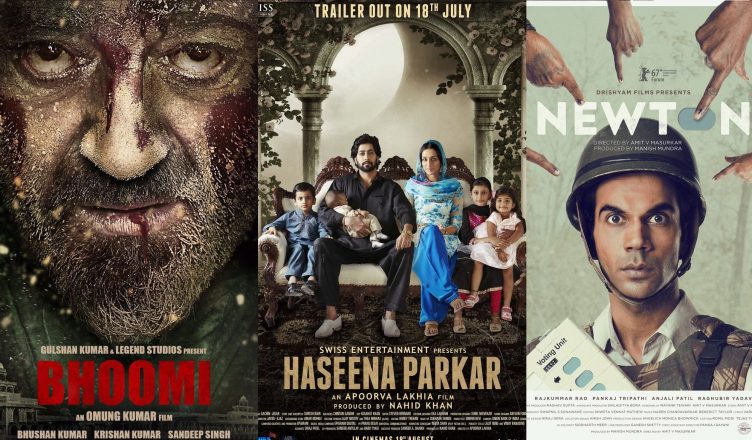 Sanjay Dutt was released from jail last year in February. But it took a while to ascertain with which film he will do a comeback. A lot of names were tossed around like Marco Bhau, Siddharth Anand’s action flick etc. But finally, it was confirmed that it’s Bhoomi that shall serve as his first film in almost three years.

Bhoomi is directed by Omung Kumar, who has made Mary Kom and Sarbjit in the past. It also stars Aditi Rao Hydari, Shekhar Suman and Sharad Kelkar and is majorly shot in Agra. From the trailer, it looks like a decent hard-hitting entertainer that has been handled well. The songs haven’t worked. Moreover, the trailers give a déjà vu of Sridevi’s recently released film Mom and also Sanjay Dutt’s 2002 film Pitaah. The opening won’t be huge but it would definitely be the top opener of the week. Sanjay Dutt hasn’t given a solo hit since 2006 (his last clean hit as a leading hero was Lage Raho Munnabhai). The costs of Bhoomi are reasonable and it remains to be seen if this film manages to succeed at the box office.

The other significant release is Haseena Parkar, based on the life of Dawood Ibrahim’s sister. It stars Shraddha Kapoor in the leading role and Dawood is essayed by Siddhanth Kapoor, who is also the real-life brother of Shraddha. It is directed by Apoorva Lakhia, who handled a similar underworld film Shootout At Lokhandwala in the past and succeeded. Haseena Parkar however looks poor and not something that would impress the audiences’ big time. Also, Shraddha looks as a miscast in this role that ideally should have been played by someone like say Sonakshi Sinha or Vidya Balan. Haseena Parkar’s opening is bound to be poor and it might do a bit well if reports are fine. But even then, its reach would be limited. As evident from the business of Daddy, underworld films mainly work in an around Mumbai and in the rest of India, it has no market as such.

Lastly, Newton, starring the very talented Rajkummar Rao also releases tomorrow. It is based on an interesting idea of a rookie government officer trying to conduct election in a remote area where Naxalism rules. The film is quite niche but it got a push when Aanand L Rai and Eros International came on board as presenters. Its release would be very limited and it’s box office prospects seem low. But content-wise, it should be the best film of the week!