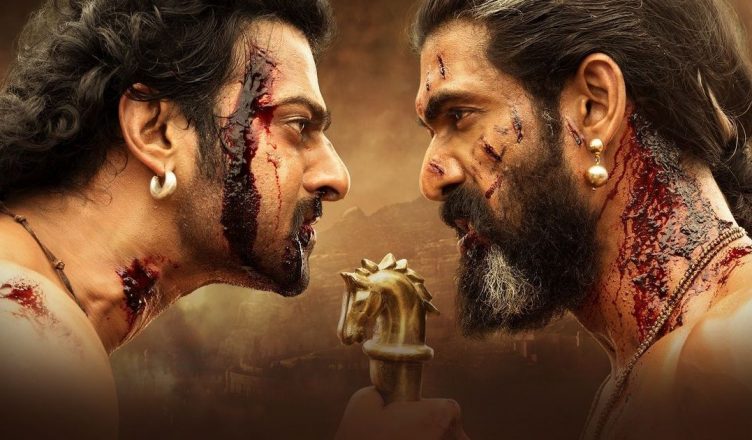 Baahubali 2 is all set to release tomorrow and the craze it has generated is unprecedented. Never has it happened that a dubbed film will set the box office in Hindi markets on fire. This is a one-time phenomenon; it is difficult to say if something like this would ever happen again in our lifetime! Moreover, the film is expected to release in 7500-8000 screens across the country which is also a first!

This is a sequel to the immensely loved Baahubali that hit screens in 2015. Interestingly, the hype at that point was limited, for the Hindi version. The original Telugu version was a huge hit from Day 1 but the Hindi version opened at just 4.25 crore. But it jumped in the subsequent days and was a rare film that collected more on Monday than Friday. It released a week before Bajrangi Bhaijaan and when everyone thought that the Salman Khan starrer would stop it’s dream run, the opposite happened. Baahubali’s dubbed Hindi version managed to earn despite limited shows and competition from Bajrangi Bhaijaan. Eventually it went on to collect 110 crore. On television too, it was a top rated film.

Baahubali was a pan-India film – easy to understand and mounted on a huge scale. Moreover, it’s highly entertaining. The first part ended on a shocking note and in no time, ‘Katappa Ne Baahubali Ko Kyun Maara’ became the biggest mystery of the nation! In fact, the makers are promoting the sequel using the hashtag #WKKB which is the short form of Why Katappa Killed Baahubali!

Tomorrow is a non-holiday Friday and yet the advance booking of the Hindi version is insane. Dhoom 3 is the biggest non-Holiday opener at 32.48 crore and Baahubali 2, it seems, would break this record. As for the Telugu version, the sky is the limit. Even in traditional Hindi markets like Mumbai, Delhi, Ahmedabad etc, the shows of Telugu version are starting at 7 am and even these are almost sold out. In Hyderabad, it would be impossible now to book a ticket for tomorrow. This is HISTORIC!

Even if the response is not that great, Baahubali 2’s collections would not be affected. Trade predicts that the first day collections (of all versions) is going to be 100 crore plus! And this is a 4-day weekend (Monday May 1 is a holiday due to International Labour Day). If the film can earn 100 crore in a day, imagine what will be its collections by the end of the 4th day. And will this be the first India film to cross 1000 crore nett? Only time will tell!

WOULD YOU LIKE TO SEE BAAHUBALI 2 AND WHY? DO LET ME KNOW!