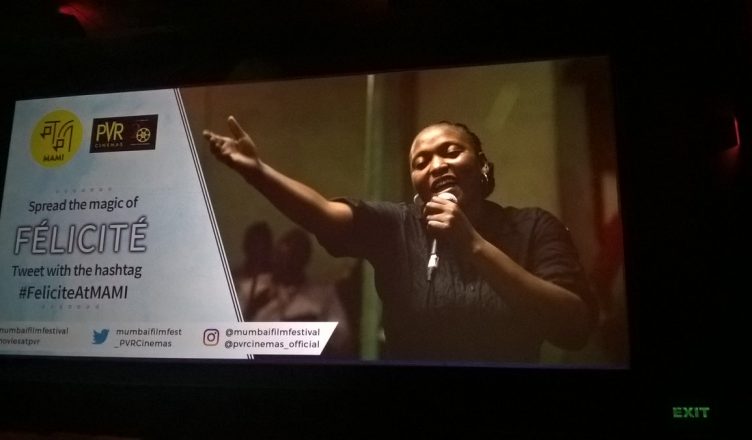 The #JioMAMI18thMumbaiFilmFestival has ended but the fun and exclusive film screenings continue courtesy the Jio MAMI Film Club. Every month they are having at least 2-3 screenings of unreleased films. Yesterday, I was fortunate to get a chance to watch a French drama film Félicité. The film has been screened earlier this year at the 67th Berlin International Film Festival and it’s great the MAMI organizers managed to get this film here. Set in the underprivileged areas of Kinshasa, Democratic Republic of the Congo, Félicité focuses on the life of a small-time club singer and how it turns upside down when her son meets with a gruesome accident. The raw, rugged feel of the film is damn good and aids the storytelling. Also, intercutting the principle narrative with shots of Symphonic Orchestra and dream-like shots of jungle is nicely done. But when it is needlessly stretched in the second hour, it loses its charm. What is a 123 minute film should ideally been only 90 minutes in duration. Véro Tshanda Beya Mputu is terrific in the leading role of Félicité. Papi Mpaka does well as the good-hearted but a crazy alcoholic Tabu. Gaetan Claudia leaves an impact with minimal dialogues. A one-time watch for the performances and never-before-seen setting of Congo!