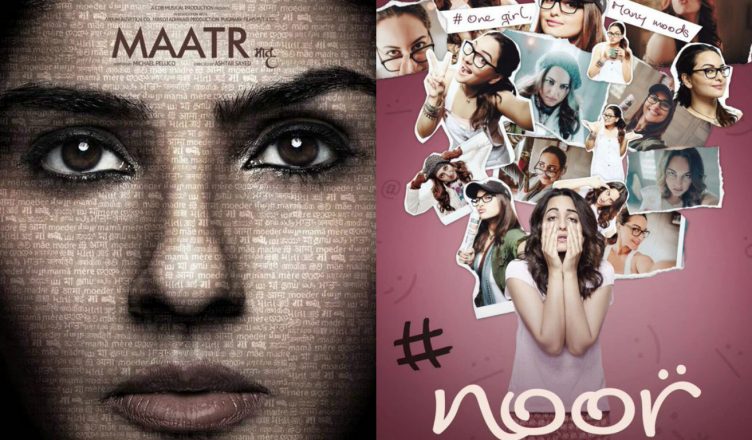 Fast & Furious 8 released last week and set the box office on fire. A week later, Baahubali 2 will release and will perform even better. The Friday in between will obviously be the one which will see small films trying their luck. Interestingly, two women centric films are set to release tomorrow and sadly, both of them hardly stand a chance to succeed at the box office.

The bigger out of these two films is Noor, starring Sonakshi Sinha in the lead. It’s based on Pakistani author Saba Imtiaz’s book Karachi You’re Killing Me. It looks like an urban, slice of life film and the idea is that the central protagonist should be relatable. She’s shown as someone who’s unpopular, not-so-confident and struggling with weight issues. Sadly, the way it’s presented doesn’t make any impact. 8 years ago, Wake Up Sid, a similar film, became a craze among urban youth as from the promos itself, it looked very relatable. Noor fails to do so. Songs also haven’t made an impact either. Hence, a poor opening is on the cards. If the film is good, then it can work. Or else, it can drop heavily and turn out to be Sonakshi Sinha’s lowest grosser, even lower than Joker.

Maatr on the other hand is Raveena Tandon’s comeback film. It’s a story of a woman whose daughter gets raped and she gets no justice from the system. Again, just like Noor, it’s a very relatable and today’s concept but it hasn’t been presented well. Moreover, there are hardly any exciting promotions done by the team. Maatr hence will flop even if reports are positive.