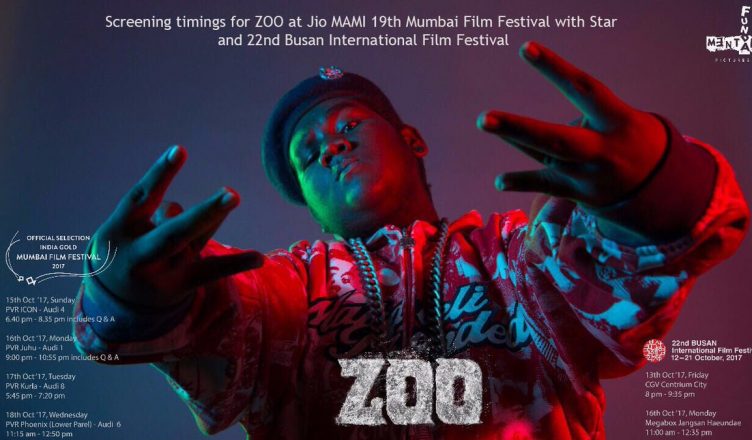 Zoo, directed by Haraamkhor director Shlok Sharma, is a unique one of its kind Hindi film because it’s completely shot on an iPhone! But not once a layman would understand that the film isn’t filmed on a conventional movie camera. The film consists of three tracks, all set in Mumbai, with certain characters featuring in more than one story. This 95 minute film takes a while to set the mood but once it’s done, there’s no looking back. The emotions, drama, conflict and humour all come together very well. Also praiseworthy is the way the film culminates. Shashank Arora is quite nice and good to see him doing something different this time! His performance is sure to touch viewers! Shweta Tripathi as always rocks and just like Shashank, even she steps into a new avatar and surprises! A particular sequence wherein she’s begging for drugs is sure to be remembered for a long time! Rahul Kumar (Messi), best remembered for the role of Millimeter in 3 Idiots, is amazing and he’s a powerhouse of talent! And the review would be incomplete without the mention of the rappers in the film – Prince Daniel and Yogesh Kurme. They are outstanding and they brought the house down with their obscene rap lyrics! All in all, a fine job by Shlok and now eagerly waiting for his next!