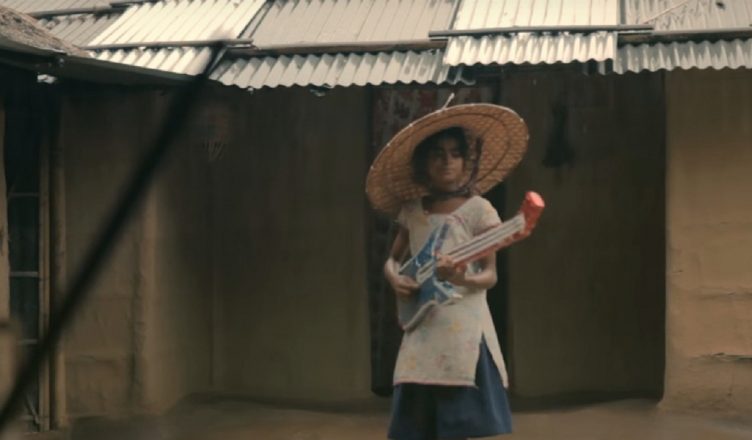 Village Rockstars is an Assamese film by Rima Das, who got noticed last year with her film Man With The Binoculars. This film, that had a premiere at the Toronto International Film Festival, throws light on a girl staying in a remote village in Assam and who aspires to buy a guitar. The film follows her journey over a period of few months. The film raises lot of issues about gender equality, whether it’s ok for a teenaged girl to roam around with boys, why people don’t leave farming despite the problems associated with it etc. One of the most striking moments of the film is the flood sequence – it’s all shot at actual locations and probably during the waterlogging. It’s as real as it can get and hopefully, the film will bring the world’s attention to the annual flooding issue faced by Assam residents. On the flipside, the 87 minute long film drags at places and your attention might wander somewhere else. But it was not an easy film to make and hats off to Rima Das for achieving it. She has not just directed it but also produced, written, edited, shot and did the production designing! Hats off and she’s surely an inspiration to many aspiring filmmakers – why be dependent on someone when you can do it all by yourself?!