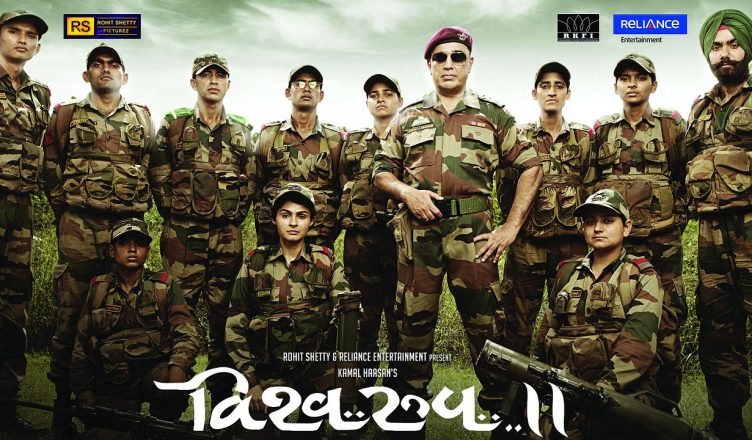 Vishwaroop II is a terrible flick with a scattered narrative and makes no impact whatsoever. The film arrives 5 ½ years after Vishwaroop which anyways was not that memorable as such. But the film takes off from where the first part ended and assumes that viewers can vividly recall the events of the that movie. Kamal Haasan and team attempts to fill gaps and gives answers to questions which were left unanswered. But the manner in which it’s done is very bland and dis-interesting. The developments later on too are not that exciting and are quite unconvincing. The finale is expected to be exciting but here, Kamal Haasan leaves viewers again dissatisfied as it gets over too quickly. Moreover, in between, lead character Wisam’s relationship with his mother and his new equation with his wife is also depicted and it simply takes away the attention from the principle plot. What works are the opening credits (outstanding) and a few action scenes. Kamal Haasan is decent and tries to put a fine act. But at places, he falters. Some of his dialogues are difficult to understand and the way he goes ‘Puhleeese’ in a couple of scenes is laughable. Pooja Kumar is sizzling and gives a fine performance. Some of her scenes are nice when seen in isolation but sadly, they didn’t have a connection with the main plot. Andrea Jeremiah is quite confident while Rahul Bose gives his most ham performance over. Jaideep Ahlawat is very good but gets very limited scope. Avoid!