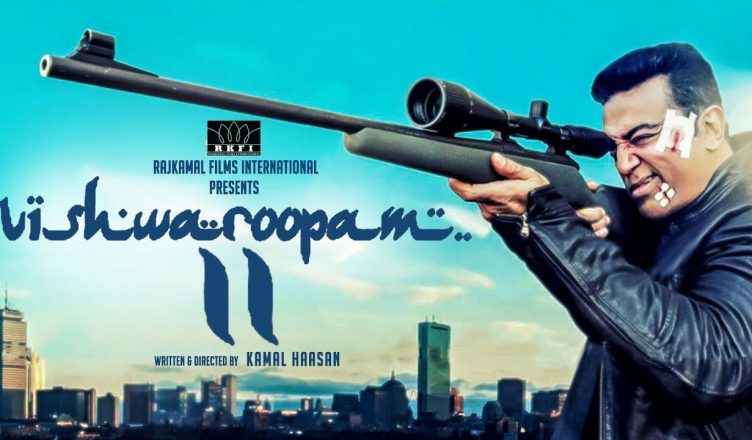 WILL VISHWAROOP 2 MANAGE TO SUCCEED DESPITE A SHORTENED FIRST WEEK?

A film usually releases on Friday but there are times when a national holiday or a festival falls mid-week. During such times, the makers release the film on a Thursday or a Wednesday in order to capitalize and get more viewers to cinemas. This arrangement has worked big time. Many highest opening grossers have usually released on Eid, Diwali, Christmas or Independence Day. Next week, Gold and Satyameva Jayate will try their luck and would release on Wednesday (August 15) since Independence Day falls on that day.

When two significant films are releasing on a Wednesday, the week before that is usually sans any major release. But tomorrow will be an exception. Kamal Haasan’s magnum opus Vishwaroop 2 is all set to hit theatres. Interestingly, for the first time, Rohit Shetty will be presenting a film. This is a sequel to Vishwaroop that came in 2013 and was called Vishwaroopam in Tamil. It’s a bi-lingual film and did immensely well in the Southern version. It tells the story of a undercover spy who is living a double life, masquerading as a effeminate dancer, and how his truth comes to the fore when a terror attack is about to be unleashed in New York. The sequel seems to be in the same zone as Vishwaroop and promises to be a complete action entertainer. Kamal Haasan seems to be in top form.

Sadly, the challenges are aplenty, especially for the Hindi version. Vishwaroop was not that big a hit. In fact, it was not even a profitable venture. It came at a time when the previous week’s Race 2 had underperformed and there was space in cinemas for a film. Vishwaroop with its average collections managed to get some people at least, which made the exhibitors happy. Since the response was not huge, most theatres replaced it in Week 2 with the then new release Special 26. The buzz then had been generated as it was talked about a lot and had got into controversies too. In case of Vishwaroop 2, the buzz is very low. It’ll significantly impact the opening. Vishwaroop opened at Rs. 1.89 crore and Vishwaroop 2 would have an even lesser Day 1. Vishwaroop went on to earn Rs. 13.10 crore and it seems to be a tall order for the sequel, mainly because big releases would arrive on Wednesday and take up screens.

If the response is positive, Vishwaroop 2 can grow well in the weekend. But how much that growth would be remains to be seen.

WOULD YOU LIKE TO SEE VISHWAROOP 2 AND WHY? DO LET ME KNOW!