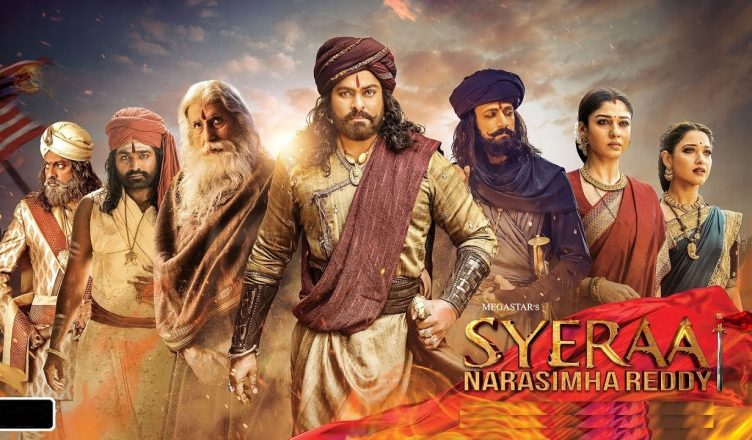 Sye Raa Narasimha Reddy begins on a very average note, with some scenes being even silly and illogical. But then suddenly the film picks up so well, that it catches you unawares! Two major action sequences before interval are smashing and take the film to dizzying heights! Post-interval scenes don’t really match to these said scenes but still have enough entertainment, emotion and masala to keep the interest going. The finale is unexpected and might seem a bit overboard but works very well. Talking of performances, Chiranjeevi owns the film. His stardom is intact and that also adds a lot to the flick. Tamannaah Bhatia has a supporting part and is hardly there in the first half. But in the second half, she springs a surprise and would also be greeted with whistles and claps. Nayanthara however gets a raw deal but performs decently. Sudeep is quite great as the badass ruler. Vijay Sethupathi has a late entry but gets his share of entertaining scenes. Oscar Skagerberg is menacing as the villain. He’s one of the big reasons why the film works in the first half. Jagapathi Babu, Lakshmi Gopalaswamy and Nassar are decent. Ravi Kishan and Mukesh Rishi deliver fine performances but it’s unfortunate that they didn’t dub for themselves. Amitabh Bachchan is quite powerful in the special appearance. Also watch out for Anushka Shetty’s dynamic cameo role. All in all, Sye Raa Narasimha Reddy is a fantastic patriotic film that not only enlightens about a forgotten chapter of history but also entertains thoroughly. Do give it a chance once you are done watching War and Joker!