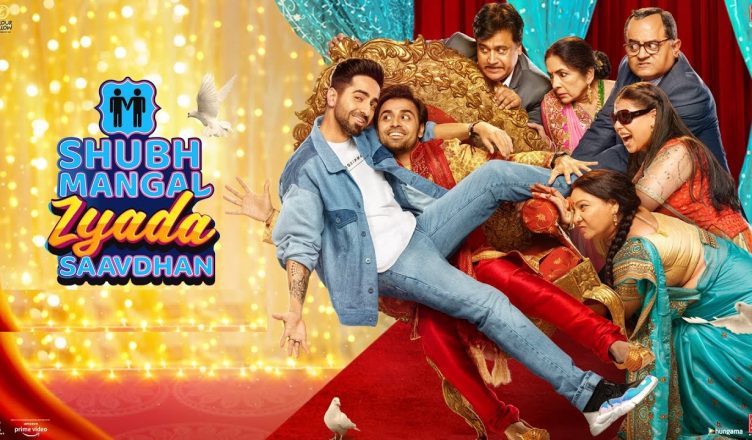 Shubh Mangal Zyada Saavdhan is an entertaining fare which makes an interesting comment on homophobia. The first half is sans complaints and has several hilarious and dramatic sequences. A few scenes are a riot! The introduction is also done well. Post-interval, the film slips and gets too filmy and unconvincing. The ending should have been the best part of the film but sadly here, it is sans any real fun. An interesting subplot, related to cauliflower, fails to get justice. Talking of performances, Ayushmann Khurrana tries too hard and fails to get his act right. I am shocked how someone like him went so overboard. Gajraj Rao is the ‘hero’ of this film as he has the maximum screen space, even more than Ayushmann and Jitendra! He’s great as usual. Jitendra Kumar slips in his part effortlessly. Maanvi Gagroo and Pankhuri Awasthy are too funny. Neena Gupta, Manurishi Chadha and Sunita Rajwar give in their best but are letdown at places by the writing. All in all, Shubh Mangal Zyada Saavdhan could have been a game-changer but ends up being a one-time watch!