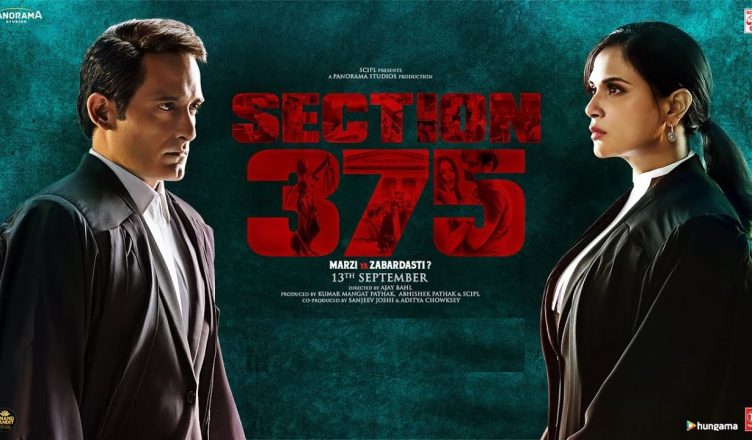 Section 375 is a hard-hitting courtroom drama and comes at a right time when the awareness of such cases and crimes is quite high. The on-going #MeToo movement further makes it even more relevant. The story is great and BA Pass director Ajay Bahl’s execution is topnotch. Viewers are in for a surprise as what seems like an open-and-shut case turns out to be a lot murkier. Unlike other courtroom films of Bollywood, the goings-on are not too filmy or dramatic as such. The realism is maintained and yet the impact is made. On the flipside, some of the developments in the second half are not very convincing. One expects more shocking stuff to come out in the second half but that doesn’t happen as such. The finale however is smartly done. Talking of performances, Akshaye Khanna is simply terrific and owns the film in a way. Richa Chadha too puts her best foot forward and is apt for the part. Rahul Bhat slips into his character easily and he surely deserves to be seen more. Meera Chopra talks a lot through her silences and surprises in the second half. Krutika Desai and Kishore Kadam (judges) are great, especially the latter who also adds to the laughter quotient. Shrikant Yadav (investigating cop) and Dibyendu Bhattacharya (medical examination officer) give memorable performances. Shriswara and Sandhya Mridul are fine in special appearances. All in all, Section 375 is a film that doesn’t carry a lot of buzz or even awareness but deserves to be watched. Here’s hoping this film manages to find acceptance among audiences!