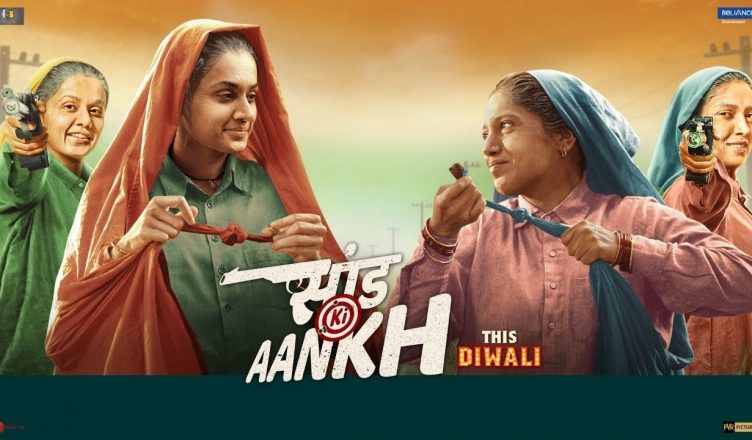 Saand Ki Aankh is an entertaining and inspiring tale of the Tomar sisters who found their calling after they turn 60s. The film is made in a very so-called commercial way and keeps viewers engaged from start to finish. Some of the scenes are quite dramatic and even touching and moving. The cinematography by Suddhakar Reddy Yakanti is terrific and the shooting scenes are well shot. On the flipside, the first half lacks drama and is a bit convenient. The second half packs a punch at several places but at the same time, it’s a bit too long. Performances are great by both, although they don’t really look that old. Taapsee Pannu is great and keeps her performance restrained. Her shrewd smile when her plan to fool the males succeed is too good. Bhumi Pednekar gets a bit overpowered by Taapsee but she too puts in her best. In the last 30 minutes, she’s too good. Viineet Kumar is very endearing and he’ll be loved. Another actor that wins hearts is Nikhat Khan (Aamir Khan’s sister in real life). She is a part of the best scene of the film! Prakash Jha is very convincing in the negative role. Shaad Randhawa and Yogendra Vikram Singh are apt. Sara Arjun has a great screen presence. Songs are not of chartbuster variety but in the film, they work nicely. All in all, Saand Ki Aankh deserves to be seen for it’s performances, dramatic moments and message. Here’s hoping it finds it’s foothold in the midst of other two Diwali releases!