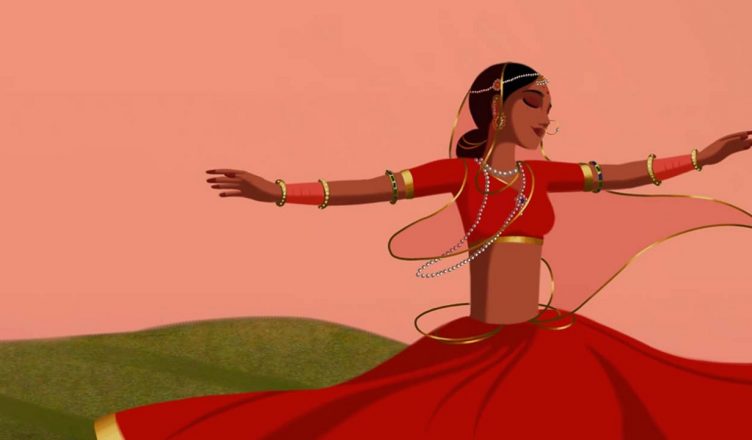 Bombay Rose is an animated film directed by Gitanjali Rao (who played Banita Sandhu’s mother in October). Unlike other animated movies in today’s times, this one is made by frame-by-frame painted animation in computer. Despite that we have been exposed to Disney 3D and other similar kind of animated films since a long time, the 2D animation of Bombay Rose still manages to impress. Also Gitanjali Rao tells the story in a beautiful way. For the first 15 minutes, it may be difficult for the viewers to engross but later on, it just goes on another level. The city of Mumbai is beautifully portrayed and not just that, even the old Bombay is touched upon and the juxtaposition is so striking and praiseworthy! The film takes up various issues of inter-religious romance, working in a dance bar, child labour, influence of Bollywood, nostalgia etc. My most favourite track is that of an old anglo-Indian lady who is all alone and loves to dwell in the past. I have seen several such ladies in the city and when I glance at the photo frames of their loved ones in their houses, I often wonder what their life story must have been. Bombay Rose gives a peek-a-boo into the life on such person and it was immensely satisfying. Bombay Rose has also been screened at 2019 Venice Film Festival and 2019 Toronto International Film Festival and if it gets a theatrical release, don’t miss it for anything! It’s an animated film like no other!