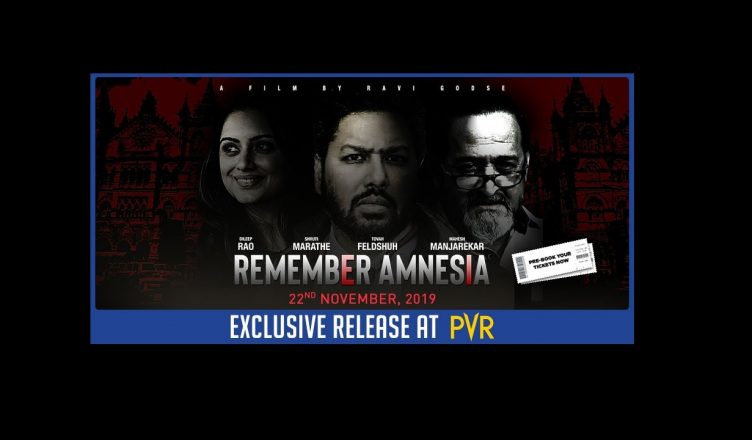 In Remember Amnesia, the protagonist reaches Goa from USA. He then goes to buy a flight ticket for Mumbai. He gets frustrated as there’s a long queue for the air ticket. Realizing that standing in front of 10 people for 15-20 minutes is a waste, he decides to I guess ‘save time’ by travelling in taxi till Kolhapur and then by train to Mumbai! The film is riddled with such illogical scenes from start to finish, due to which the impact is never made. It’s just 78 minutes long but sitting through the film is quite a task. The climax is predictable and the film lacks thrill or suspense. What works is the love story but even here, the impact is diluted because of the overall weak and senseless plot. Dileep Rao, who has worked in films like Inception and Avatar, has a great screen presence and does well. Shruti Marathe, last seen in Bard Of Blood, is quite brilliant and deserves to be seen more. Mahesh Manjrekar is fine in supporting role and raises few laughs. Vijay Patkar and Aanand Kale are bad and their track makes no sense. Tovah Feldshuh, Rondell Sheridan, Curtiss Cook and Mohan Agashe are decent. Ravi Godse’s direction is bad and his preachy message in the end credits is laughable. And the message has little connection with the story. All in all, Remember Amnesia is a poorly made film and is best avoided. Watch it only for some unintentional laughs!