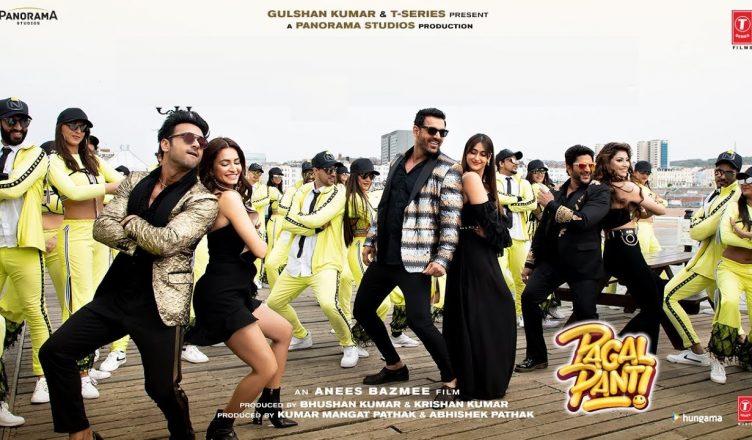 WILL PAGALPANTI EMERGE A HIT LIKE TOTAL DHAMAAL AND HOUSEFULL 4?

An interesting trend noticed this year is that massy films across the action and comedy genres like Total Dhamaal, Saaho, Housefull 4 and even Marjaavaan have emerged as a success. These films got terrible reviews from critics and yet, the audiences flocked to the theatres. In fact there was a clear distinction with the social media along with critics bashing the film left right and centre while audiences, especially in single screens and hinterland, enjoying it. As a result, a lot of expectations are there from Pagalpanti as well, which releases tomorrow.

Pagalpanti, as the name suggests, is a madcap comic caper with an ensemble cast comprising of John Abraham, Anil Kapoor, Arshad Warsi, Pulkti Samrat, Ileana DCruz, Kriti Kharbanda, Urvashi Rautela and Saurabh Shukla. It is directed by Anees Bazmee, known for making multi-starrer comedies. The first trailer promised a laugh riot but some of the jokes didn’t work. However, the second trailer is funnier and it seems like the film can make for a great watch. All actors seem to be in nice form. John, who has seen done many serious roles off late, seems entertaining in this space. As for music, the remixed version of ‘Tum Par Hum Hai Atke’ has worked well. 2 days back, it came to light that this film is not just a mindless comedy. It is inspired a bit from Vijay Mallya and Nirav Modi. Also there’s a patriotism touch that should be interesting if played well.

On the flipside, the film has too many actors and it’ll be a challenge to give justice to each of them. The title song of the film has the same tune as the title song of Anees Bazmee’s earlier film Welcome. It seems like an attempt to cash in on an older super hit film. The buzz is there but not very strong. But such multi-starrer comedies always get audiences. Earlier, Total Dhamaal too was dubbed as not-too-exciting and yet it had an opening of Rs. 15.91 crore! Pagalpanti might not open so well but it surely would have a double-digit day 1. If reports are good and family audience accepts the film, then it’ll be a great ride as next week there’s hardly any competition. But if word of mouth is negative, then the film will crash in the weekdays.

WOULD YOU LIKE TO SEE PAGALPANTI AND WHY? DO LET ME KNOW!