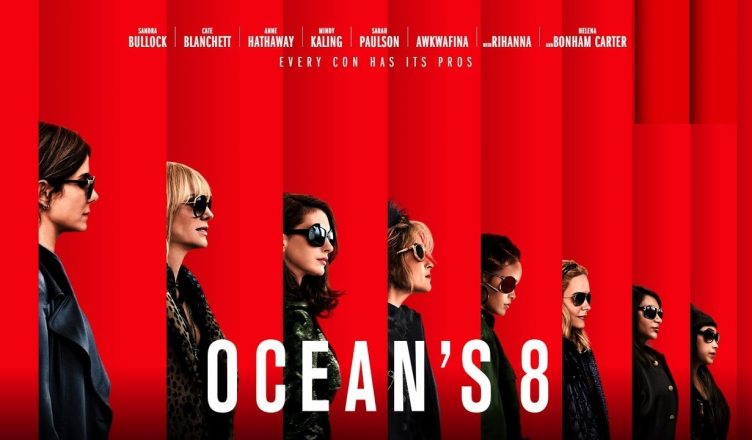 Ocean’s 8 is an enjoyable ride and it’s great to see a group of ladies attempting such a big heist so smoothly and wittily! However, the film is riddled with too many cinematic liberties. This has always been in the case of Ocean’s series but now it gets a bit too much. The last chapter of the film is a bit stretched and seems convenient. On the positive side, some characters are very interesting. And once the heist begins, the film gets really entertaining! The performances also make the film better. Anne Hathaway takes the cake for me. She essays her character quite well and completely seems like an air-headed celebrity. And she’s quite sizzling too. Sandra Bullock comes next. She has arguably the most screen time and performs with panache. Cate Blanchett’s entry scene is hilarious and is quite decent overall. Helena Bonham Carter gets to play the unconventional character and delivers a great performance. Rihanna is too good and love the way she oozes the care-a-damn attitude. Sarah Paulson has quite a late entry and is fair. Mindy Kaling is good but I expected more from her. Awkwafina has a great role and she kills it in the heist sequence. Definitely a one-time watch!