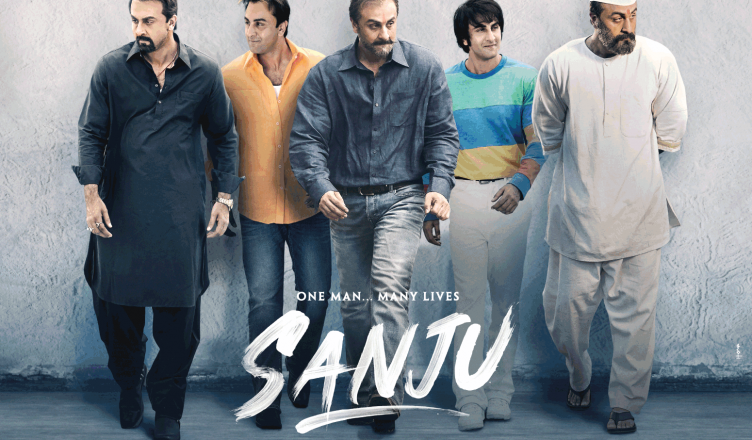 TREMENDOUS EXCITEMENT FOR SANJU; WILL IT BE RAJKUMAR HIRANI’S 5TH CONSECUTIVE SUCCESS?

Bollywood is quite star-driven. Most of the people remember the film’s actors vividly even after years. But there are very few films wherein they can recall the name of the director as well. At present, there are only five directors who are universally known and have a fan following among the general public – Sanjay Leela Bhansali, Sooraj Barjatya, Karan Johar, Rohit Shetty and Rajkumar Hirani. These directors are so famous that they alone can generate a considerable excitement for a film.

Out of these directors, the trust and credibility of Rajkumar Hirani is on another level. All his four directorial ventures – Munna Bhai MBBS, Lage Raho Munna Bhai, 3 Idiots and PK – are not only commercial super-hits and blockbusters but are in the list of all-time favourite films of most moviegoers. All the 4 films are family-friendly, thoroughly entertaining and deliver a nice message. As a result, even though his next flick Sanju, scheduled to release tomorrow, seems a bit of a risk, the trade is still excited and hopeful. Even the audiences seem to be upbeat.

Sanju is the biopic of actor Sanjay Dutt and promises to give a true account of the actor and the various controversies faced by him. Lead actor Ranbir Kapoor plays the lead and he quite looks like Sanjay Dutt. Paresh Rawal, Manisha Koirala, Sonam Kapoor, Anushka Sharma, Jim Sarbh and Vicky Kaushal also feature in this flick. The teaser was brilliant and it gave an impression that the movie will be a typical Rajkumar Hirani film despite touching upon the dark episodes of the actor’s life. However, the trailer made it clear that the film is indeed a bit offbeat. Also, few scenes like the toilet overflowing, Sanjay Dutt bragging about having 350 girlfriends, consuming drugs etc makes it evident that Sanju might not be the ideal family entertainer. And this can be quite detrimental for a film that’s mounted on a huge cost and needs to attract as many moviegoers as possible to achieve the ‘Hit’ status. If the family audience keeps away, no biggie can ever succeed at the ticket window.

Moreover, the film’s release has been delayed in UAE by a day. Normally, films release on a Thursday in the Middle Eastern country. But Sanju will see a release there only on Friday. In recent times, films like Race 3, Jab Harry Met Sejal etc had a late evening Thursday release in UAE probably so that the bad response would spread slow. Are Sanju makers also not confident about their film and hence the delayed release? But on second thoughts, Rajkumar Hirani’s last film PK also released there on Friday, to keep the surprise element intact. Here’s hoping that Sanju has some surprises in store too!

Looking at the advance, one thing is clear – the opening day is all set to be huge, in the Rs 30 crore range. The opening weekend can easily be more than Rs 100 crore. Once that’s done, the content will do the talking. If response is sadly negative or if the film is not that family friendly, the collections would surely be affected in the weekdays and Week 2.

Rajkumar Hirani is a terrific director and here’s hoping his association with success (critical and commercial) continues smoothly with Sanju!

WOULD YOU LIKE TO SEE SANJU AND WHY? DO LET ME KNOW!