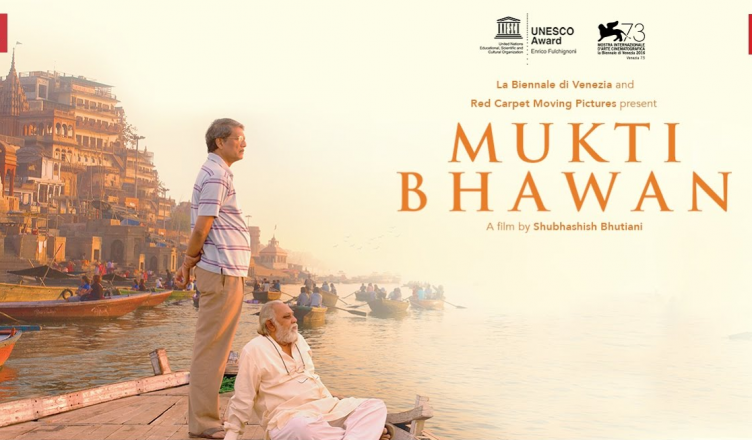 Mukti Bhawan is a poignant yet uplifting tale that speaks about death with the spirit of hope. The light-hearted moments are sure to put a smile on your face while the heartbreaking scenes will move you and the balance is achieved beautifully. 2 years ago, Masaan also dealt with death and was set in Banaras. Mukti Bhawan too has a similar setting but the characters and their stories are different. Hence, there won’t be any comparison between the two. Adil Hussain is simply brilliant. He has given several excellent performances but this emerges as his best performance. Lalit Behl, who rocked in Titli, gives yet another mindblowing performance. Geetanjali Kulkarni, of Marathi film Court fame, does well in a supporting role and same goes for Palomi Ghosh. Navnindra Behl highly impresses – her track is simple and very touching. David Huwiler and Michael McSweeney’s cinematography is breathtaking and makes you feel like going to the city of ghats at once. And lastly, a fine job by writer, director and co-producer Shubhashish Bhutiani and that too at such a young age. It’s a huge coincidence that Mukti Bhawan has released today and today the winners of the 64th National Awards also have been announced; the film and Adil Hussain’s performance have been honoured with special mention awards!