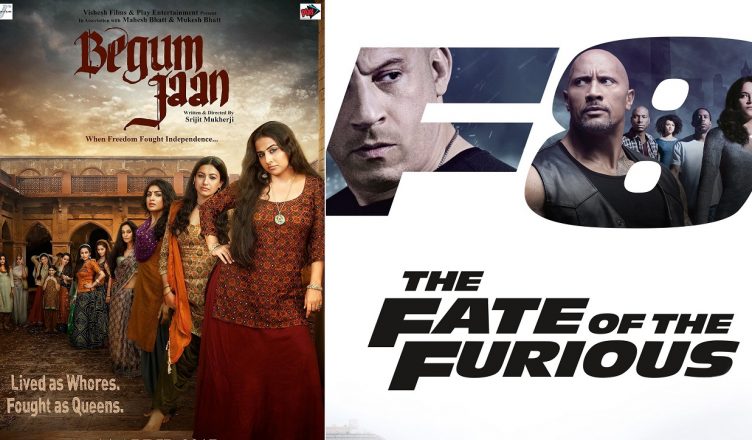 For a long time, 2012, released in 2009, was the indisputed no 1 Hollywood grosser in India. Films like Avatar, The Dark Knight Rises, The Amazing Spider-Man, The Avengers etc failed to break its record. Finally, Fast & Furious 7 in 2015 broke the record of 2012 in just one week and went on to collect 95 crore. It was the first film whose humongous business made people in the trade and industry realize that Hollywood can be a major competition.

Fast & Furious 7 worked big time for a multiple reasons. Firstly, it’s a big-screen extravaganza riddled with mind-blowing action and a simplistic storyline. Hence, it’s easy to understand because of which it has a pan India appeal. Secondly, it came at a time when viewers were craving for entertainment – the past few significant releases before it were Hunterrr, NH10, Dum Laga Ke Haisha, Badlapur etc all of which weren’t massy films.

Co-incidentally, Fast & Furious 8 also can work for the same reasons. The action in the film is better than the previous parts, as evident from the trailer. Moreover, the past few weeks have seen underperforming films releasing like Trapped, Phillauri, Naam Shabana etc. Most of the viewers haven’t seen a film since Badrinath Ki Dulhania which released more than a month ago. Therefore, Fast & Furious 7 couldn’t have come at a better time. The distributors have understood this and have given the film arguably the widest release ever for a Hollywood flick. The film has paid previews starting today as early as from 3 pm. Moreover, it has a full release from tomorrow (Thursday) itself. Batman v Superman: Dawn of Justice also had paid previews and it collected around 3.75 crore. Fast & Furious 8 can do double the business with paid previews. Fast & Furious 7 also released on a Thursday, a day before Good Friday and still managed to earn 12 crore. Fast & Furious 8 can also hope to reach that number and it will be difficult but not an impossible task.

Fast & Furious 8 faces competition in the form of Vidya Balan-starrer Begum Jaan but it won’t serve as a real threat. Coincidentally, Fast & Furious 7 had clashed with Detective Byomkesh Bakshy and the latter could do nothing to thwart the competition. Something similar is going to happen with Fast & Furious 8-Begum Jaan.

With Fast & Furious 8 releasing today and Baahubali 2 2 weeks later, the dry period finally will be over at the ticket window. Happy movie watching season!