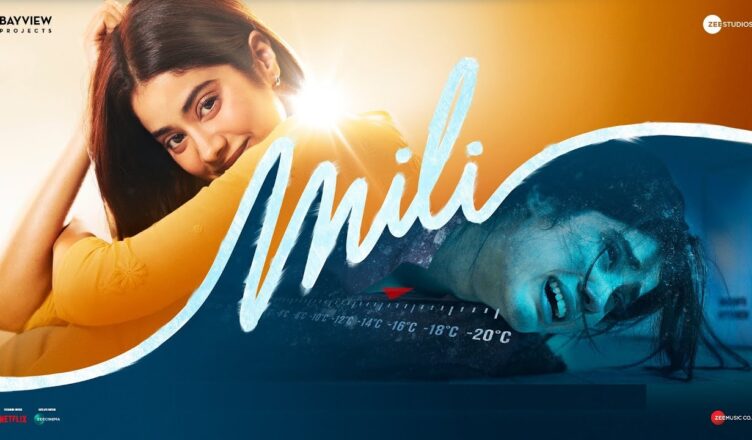 In Mili, too much time is taken for the introduction, build-up and in establishing the dynamics shared by the characters. One also might wonder that how will the makers keep viewers interested in the film once the protagonist gets trapped in the freezer room? Thankfully, the second half turns out to be very gripping and a lot happens in the film at this point. The pacing is a bit slow but since the plot is unique, one won’t mind much as one will be curious to know what happens next. Mathukutty Xavier‘s neat, thrilling and uncomplicated direction also plays a bit part. Speaking of performances, Janhvi Kapoor is terrific and proves that she can emerge as one of the finest performers of the industry, if she continues to choose the correct projects. Sunny Kaushal is likeable and shines in the second half. Manoj Pahwa gets to play a very important part and he rocks. Anuraag Arora (Inspector Rawat) is apt for the part. Vikram Kochhar (manager) is funny. Sanjay Suri is great in a cameo. Jackie Shroff also has a cameo and its massy, though also unconvincing. Rajesh Jais (Mohan Chacha), Jasleen Kaur (Hasleen), junior inspector Satish Singh and the security guard are decent. A R Rahman’s music is poor but his background score is outstanding. All in all, Mili makes for a ‘chilling’ (pun intended) experience and is a big surprise of the season.