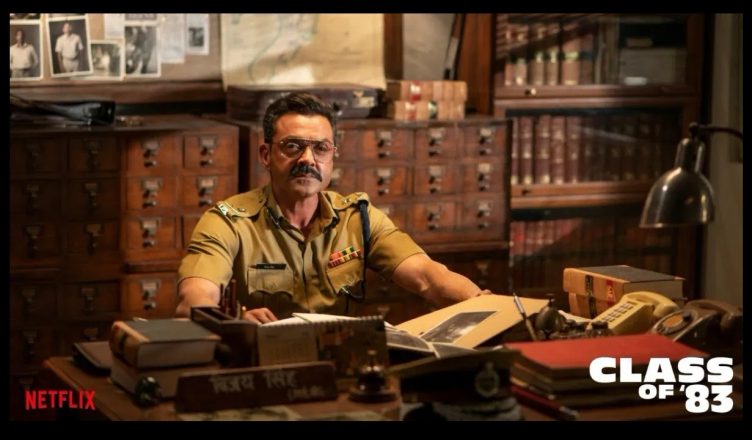 Class Of ’83 could have made for a thrilling entertainer as the plot has a lot of potential. Also, the story stands out from that of the rest of the films made on the underworld. Sadly, the script and direction is very poor and lame. The film is just 98 minutes long but moves very fast and doesn’t allow any time for character and story development. The makers fail to convincingly recreate the 80s era and heavily rely on stock footages to depict the period. This is shocking, considering that it’s produced by Red Chillies Entertainment that has a fantastic in-house VFX division. At places, stock footage is not used and there, the makers resort to voiceover to explain the backdrop. Again, it doesn’t make the desired impact. The climax is too filmy and difficult to digest. On the positive side, a couple of scenes work big time and these are the sequences where director Atul Sabharwal doesn’t hurry. Secondly, Viju Shah’s background score has the vintage feel and is out of the world! I wish they release the OST soon as it’s worth it. Talking of performances, Bobby Deol genuinely gives his best shot but is letdown by poor writing. Also, his screen time is limited. Newcomers Hiten Bhojraj, Bhupendra Jadawat and Sameer Paranjape do a very fine job. But they look too similar to each other and it’ll be difficult for viewers to distinguish. Prithvik Pratap leaves a mark in an important sequence. Annup Sonii, Joy Sengupta, Vishwajeet Pradhan, Geetika Tyagi and Spruha Joshi do a fine job. All in all, Class Of ’83 is a massive disappointment!