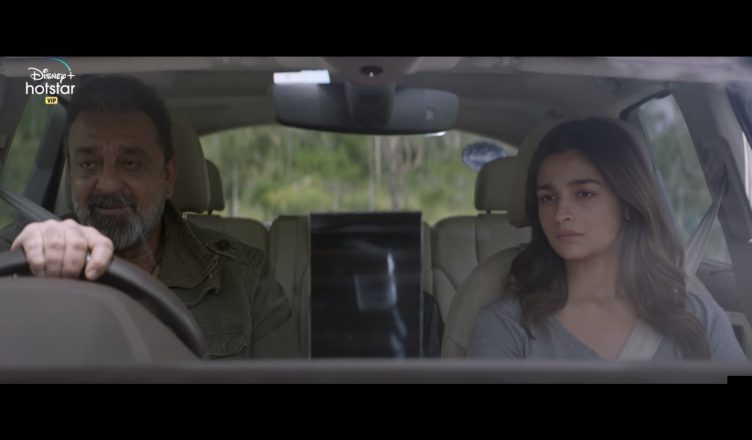 WILL SADAK 2 GET AFFECTED BY THE NEGATIVITY?

In June, it was announced that Disney+ Hotstar has acquired 7 films which shall directly be screened on their digital platform. 3 films out of these – Dil Bechara, Lootcase and Khuda Haafiz – have already been released. Tomorrow, the fourth film, and also the more controversial out of all – Sadak 2 – is all set to release.

Before getting into why it has become controversial, here’s a lowdown about the film. As the title suggests, it is a sequel, of the 1991 film Sadak, directed by Mahesh Bhatt, which starred Sanjay Dutt, Pooja Bhatt, Sadashiv Amrapurkar and Deepak Tijori. It was a tale of a cabbie who attempts to rescue a girl from the flesh trade, run by a ruthless transgender. The film was a runaway hit thanks to the massy element, performance of Sadashiv as the villain Maharani and the songs. Sadak 2 shows the lives of the characters (of Sanjay Dutt and Pooja Bhatt) after close to three decades and also introduces two new characters, that of Alia Bhatt and Aditya Roy Kapur. Hence, it is the first film starring both Alia and Pooja Bhatt. Mahesh Bhatt is also directing the sequel and hence, it’s also the first film of Alia and the veteran filmmaker. And yes, it is the first film of Mahesh Bhatt as a director after almost 21 years.

Sadak 2, hence, is a special film in a lot of ways. In a normal scenario, it would have got a lot of goodwill for the aforementioned reasons. Also, Alia Bhatt is a rising star and hence, the film would have generated excitement. However, sadly, in the present-day, Sadak 2 seems to be the most hated film. That’s because it features a star-kid, Alia, that too in a home production. Post the demise of Sushant Singh Rajput, the insider vs outsider debate has become huge and the narrative that has been spread is that it is because of these star kids taking away all the work that Sushant lost his life. Interestingly, this theory should have taken a beating after Sushant’s father made it clear that it’s Rhea Chakraborty who supposedly destroyed his life and not Bollywood. Yet, this theory is still kept alive, by vested interests, obviously.

What has also added to the hate for Sadak 2 is Mahesh Bhatt’s association. He is close to Rhea, the main accused, in the case and it’s being believed that he was the one who called the shots. This has added a lot of resentment towards him. Of course, his anti-government stand has added to the hate since the trolls mostly belong to the pro-government brigade. Nevertheless, the trailer released on August 11 and it began to get a lot of hate. In no time, it got 12 million dislikes and is among the most disliked videos on YouTube of all time. Unfortunately, even the neutral audience found the trailer bad.

And now the fear is that once the film releases tomorrow, it will be panned by one and all, even by those who haven’t seen it. 2 weeks back, we all saw how an attempt was made to spread negative word of mouth of Gunjan Saxena, another film starring fellow star kid, Janhvi Kapoor and produced by another hated personality, Karan Johar. It’s rating at present on IMDb is 5.2/10, out of which 39% has given it a 1 star. The same is expected with Sadak 2. Gunjan Saxena, still, managed to get a 5+ rating on the rating website as neutral viewers found it impressive. In the case of Sadak 2, with the trailer being so bad, the fear is that even the non-agenda audience would give it thumbs down.

However, not all hope is lost. It’s possible that the trailer has been badly cut and that Sadak 2 still can make for a good watch. It’s a film that has made Mahesh Bhatt don the director’s hat once again. And with Alia in the star cast, it can turn out to be an interesting film.